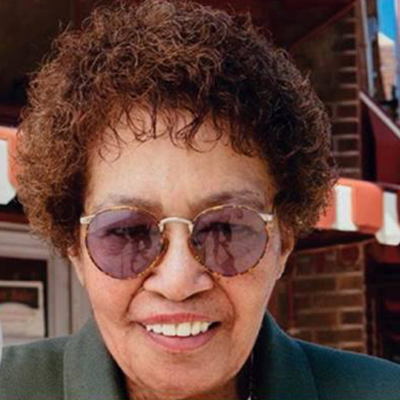 Celebrating the Life of Marguerita Washington

This excerpt is taken from the February 17, 2016 Women’s Fund Facebook post. Catch more crushes every Wednesday at www.Facebook.com/OmahaWomensFund.
As the publisher of the Omaha Star Inc., Marguerita Washington elevated the African-American voice in our community to a whole new level. She was a force of advocacy whose pioneering spirit blazed an enduring trail for the rest of us.

Although Washington passed away in February, her impressive, unwavering dedication to the city of Omaha will not be forgotten. The positive ripple effect of her life will continue to inspire progress for generations to come.

Washington held three Bachelors’ degrees—in Sociology, Elementary Education and Secondary Education, as well as a Master’s of Science in Special Education and a Doctorate in Administration/Curriculum/Instruction. She worked as a teacher in Scotland as well as OPS before becoming the owner/publisher of the Omaha Star in 1989.

Washington inherited the paper from her aunt, Mildred Brown, who founded the paper in 1938. After Brown’s passing, Washinton took over as owner of Nebraska’s only black-owned newspaper, and was passionately committed to her mission, which was, in her words: “to print only the good news. Not crime, not the things that bring the community down. Our goal is to show the good things that are happening all around us.”

Mayor Jean Stothert recently proclaimed December 1, 2015 as “Dr. Marguerita Washington Day,” and this is what Washington had to say about that: “There has been a lot of discrimination in this city over the years. It was the job of the Star to report on cases of discrimination and push for an end to injustices.” This push has reached far beyond city limits—the Star boasts 30,000 subscribers in all 50 states—and this is no doubt due to the work of Marguerita Washington. W