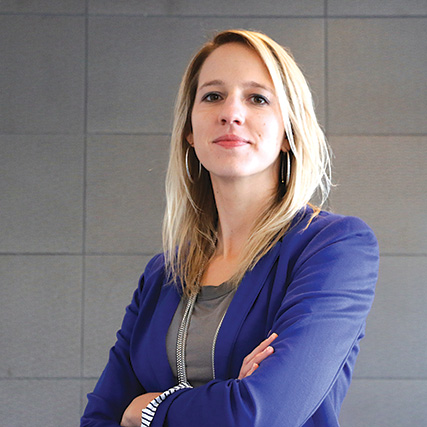 A Concerted Effort from Public and Private Entities is Gaining Ground

Nebraska has a problem. According to a recent human trafficking study by the Women’s Fund of Omaha, 84 percent of service providers don’t believe they are meeting the needs of trafficked individuals. More than 650 individuals (service providers, law enforcement, county and state government and educators) from across the state responded to the survey for the study which also revealed that more than 30 percent had encountered one or more trafficked individuals in the last year. Human trafficking encompasses both the exploitation of individuals for labor, and exploitation for commercial gains through sex.

Stephen Patrick O’Meara, human trafficking coordinator with the Attorney General’s office of Nebraska, says that Omaha is the “poster child for sex trafficking.” A number of indicators give Omaha that distinction: access to major highways, prostitution, iconic special events, a military base and significant construction, he says. “Basically places that congregate males with money to spend.”

The Nebraska Attorney General’s office was awarded a $1.5 million grant from the U.S. Department of Justice in October to support the development and enhancement of multidisciplinary human trafficking task forces. O’Meara, in collaboration with the Salvation Army’s Alicia Webber, through the Nebraska Human Trafficking Task Force (NHTTF), will implement victim and survivor centered, collaborative and ongoing approaches to address trafficking.

O’Meara has traveled to places such as Hastings and Columbus to raise public awareness and meet with law enforcement and service providers. “A significant amount of the money will go to developing and implementing a statewide training program to enhance the capabilities on a statewide multidisciplinary basis in responding to human trafficking,” O’Meara says. He envisions that after March 1, 2016, they will begin rolling out the training program to six regions of the state.

“It’s a big project. It could not be done without this really coordinated and collaborative effort,” he says.

Many agencies are involved in this effort, including the Department of Health and Human Services, the Nebraska Alliance of Child Advocacy Centers, the Nebraska Coalition to End Sexual and Domestic Violence and the Omaha Child Exploitation Task Force.

Back in 2011, the Women’s Fund Giving Circle, a group of Omaha women who dedicate resources to a common cause, decided to take on the issue of sex trafficking. They awarded funds to Project Harmony to bring together community meetings around the issue. Over the course of those meetings, the community recommendation was that a leader and dedicated staff person would be needed in order to move any sort of plan forward.

Last February, the Women’s Fund hired Meghan Malik to be their trafficking response coordinator to raise public awareness on the issue, devote time to research and, ultimately, spearhead change in sex trafficking.

Both Malik and O’Meara attended a summit on child sex trafficking in Washington D.C. last June that helped to bring the core group addressing the problem together. What Malik found most surprising after attending the summit was that there are no national best practices right now for victim services. There is nothing evidenced-based within the field of trafficking. The first federal legislation didn’t take place on the issue until 2000.

“This gives Nebraska an opportunity to create a system of accountability and evaluation, where we can look at being on the forefront of this,” she says.

The key piece the group focused on was the actual response when an individual who has been trafficked is identified. “Whether it’s an adult or a youth that has been trafficked, we need a response system in place,” Malik says. Additionally the Women’s Fund study revealed that while 57 percent of the respondents believe trafficking is a problem in their community, 76 percent do not provide services to survivors and most are underequipped to respond. The overwhelming majority indicated that they want training on this issue.

There are some systems in place—such as child advocacy centers and domestic violence and sexual assault programs across the state—and Malik wants to work on building capacity and expertise in those systems, especially within rural Nebraska where many of these programs and their staff overlap.

The Women’s Fund of Omaha is also supporting the Human Trafficking Initiative at Creighton University, focused on research empirically studying human trafficking to identify how networks function, from the international to the local level. Their initial work has revealed that Nebraska is embedded in a regional trafficking network largely defined by I-80 and I-29. These interstates facilitate national movement. Shireen Rajaram, Ph.D, Associate Professor in the College of Public Health, Department of Health Promotion, at The University of Nebraska Medical Center

Shireen Rajaram, Ph.D., associate professor in the College of Public Health, Department of Health Promotion at the University of Nebraska Medical Center, says there is no one agency that trafficking victims can access. “With intimate partner violence, you could go to the Women’s Center for Advancement, and they are known to provide services for survivors of intimate partner violence. We don’t have that with sex trafficking.”

Research is key in determining what steps need to be taken next. Rajaram is currently using a Women’s Fund grant to conduct a study of sex trafficking survivors in Nebraska. “We’re very thankful to the Women’s Fund for being supportive of this type of research,” she says.

Malik noted that future steps will include working together with the Nebraska Human Trafficking Task Force on public education, training, increased service provision and ongoing research.

If you suspect a sex trafficking operation, call the National Human Trafficking Hotline at 1-888-373-7888. W

There are handful of real victims but almost all of these women do this because that is what they want to do. All sex work should be decriminalized. The sex trafficking hysteria is designed to siphon tax dollars into law enforcement agencies pockets and create programs and jobs for moralists. They should have let all these people go with no charges once they established no one was forced. If gay marriage is legal and being sexually promiscuous for free is legal what is the big deal if a women wants to get paid. This is not about sex trafficking this is more about justifying not legalizing prostitution and making arrest quotas so the police can justify their existence.

Thanks for sharing your thoughts, Maria. Sex trafficking is a serious crime that often involves physical, emotional and psychological abuse. From research gathered by the Human Trafficking Initiative at Creighton University we know that 70-75% of individuals in the commercial sex market in Nebraska show some indication of being trafficked. Through this research and our work led by survivors of sex trafficking, we are focused on developing a multi-system approach to end sex trafficking, this includes prevention and increased penalties for buyers of nonconsensual sex and sex with minors.