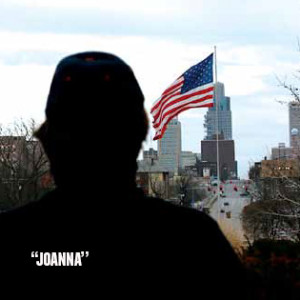 A licensed professional therapist with a master’s degree, Joanna says she never expected to be seeking assistance to provide for herself and her four children.

“It puts you in a very humbling position,” she says. “There are things that just are out of your control, and you do what you can.”

Joanna’s troubles started when her then-husband lost his job and his refusal to participate in employment training programs limited the assistance the family could receive. After the couple divorced, Joanna spent several years trying to recover financially, struggling to support her family.

“In order to maintain benefits, I had to remain underemployed,” Joanna says. “Not all the benefits have the same cutoff, and it got to the point where I was barely eligible for child care but no longer eligible for EBT (food-assistance program). I then decided that I was just going to become fully employed and do the best that I could do. And the child care subsidy was then cut off.”

To make ends meet even after losing benefits (incredibly, she couldn’t qualify for one program because her income was a mere $10 per month over the limit), Joanna found assistance through community agencies—visiting food pantries, taking parenting classes (despite her professional credentials) to earn points toward diapers and supplies, even applying for her family to be ‘adopted’ for Christmas one year.

“It was really by reaching out to community agencies and finding out what’s out there and what’s available that I was able to piece my way through it,” she says.

It’s not particularly easy to connect to services for food and child-care assistance, says James Goddard with Nebraska Appleseed Center for Law in the Public Interest. For instance, challenges have been identified with the online portal where families pre-screen and apply for benefits such as SNAP (Supplemental Nutrition Assistance Program), child-care subsidies and Aid to Dependent Children (ADC), a cash assistance to low-income families with minor children.

“Access Nebraska is the system by which people apply for and maintain access to these programs,” Goddard says. “The system is really, really problematic and the Legislature recently released a report about its deficiencies. I do want to underscore: these are good programs. But there are better structures that we can put in place to make sure they make sense both for the individual participant and for the state. There are barriers around eligibility and there are barriers around process. There are also things we could do to further incentive work. It gets complicated.”

SNAP, the Supplemental Nutrition Assistance Program, was formerly known as Food Stamps, and eligibility is income-dependent. SNAP benefits are accessed through a plastic payment card system that works like a debit card attached to a bank account.

They can only be used to buy food.

“SNAP steps in to help families put food on the table where they would otherwise be food-insecure and not know where their next meal is coming from,” Goddard says. “That program in particular is huge in helping families supplement their income when they’re working hard, working full time and still not earning enough to support a family and put food on the table.”

The Nebraska Department of Health and Human Services (DHHS) administers a child-care-subsidy program in which eligibility is determined by income and parents must be either employed or attending school or training sessions, or eligible for a rare waiver exempting them from these conditions. Child-care providers must be approved and are paid directly.

“If you think about helping people move out of poverty, child-care subsidies are extremely important in helping people do that. Child care is very expensive. The only way many folks can get a job or go to school to get additional education to get a different job is to have child care for their kids,” Goddard says. “That’s where this program steps in; it helps people get some support to either work or get the skills to get a better job, which can help people move out of poverty over time.”

“We’re all about transforming the early years for children,” she says. “Our two signature programs really define our work. One is helping to close the achievement gap statewide in Nebraska and the second area is in workforce preparation, which has to do with the teachers and caregivers in the early child- hood profession.”

The Buffett Institute’s Director of Research and Evaluation, Iheoma Iruka, says good early childhood programs “set the foundation” and can not only teach at-risk children life skills such as perseverance, resilience and social skills, but also benefit the entire family.

“A lot of programs focus on really supporting the family system in terms of providing a network, access to information, referrals. They can provide that information in hopes of setting them on a path of stability and economic self-sufficiency,” she says. “What the Buffett Institute is slated to do is be able to help the various entities think about if they are able to provide what families need: Do families even know they exist? Are they giving them what they actually need to move forward? What is the impact or value-added of their work? It’s about making them focused and thinking about what families need as opposed to what they think they need.”

“It goes without saying, the urgency we feel here at the Buffett Institute to move Nebraska forward and really have an impact for children,” Wessels says. “We’re at the University of Nebraska and it’s really about applying the best of what is known to reduce the number of children who are at risk, and really having a measurable impact statewide.”

“The way I view that is having policies in place to allow individuals and families to have the opportunities to acquire the skills to support themselves and their families. It’s really about creating an environment where people actually have opportunities to move ahead,” he says. “We are a nonprofit legal advocacy organization and our mission is to fight for justice and opportunity for all Nebraskans. We take a systemic approach to complex issues like immigration, child welfare, health care and poverty, and we use every strategy available to us in order to affect positive change in those areas, including litigation, public policy change and grassroots organizing.”

In 2013, Nebraska State Sen. Sara Howard introduced LB330 to increase the gross income eligibility limits in SNAP with the intent of allowing working families to increase their wages without losing SNAP support. Last year, the bill was indefinitely postponed, but efforts continue.

“Appleseed, state senators and other advocates will be working on putting some of these policies in place this year,” Goddard says. “There really is opportunity for improvement and change here, and if people are interested in following this they can always look at our website (neappleseed.org) for updates.”

Joanna says she is an example of how things can get better for families with a little support and a lot of effort. She is now economically self-sufficient.

“I’m a survivor. I’m an optimist, so I always felt that things would turn out and I still feel that way,” she says. “My vision of the future would be: I will likely continue doing what I’m doing—working full time and seeing private clients a couple of nights a week. I will have to continue to do that for a while but my hope is to get ahead financially so I won’t have to do that as much into the future,” Joanna says. “I will probably continue down this path for a while and see where it can take me.”