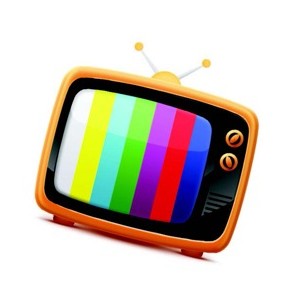 I’d like my own sitcom, please. See how nicely I presented that? Such polite wording … you’d think I was downright mannerly.

At any rate, I’m thinking a sitcom would be pretty outstanding. I don’t want to be the show’s female lead, of course. But I’m quite confident I could play the not-as-attractive — but endearing and funny — sidekick. I’ve already got that role down.

Also, I must be cast in a sitcom — not a Disney animated feature. Uh-uh. Nope.

We all know Disney moms have either croaked-off prior to the film’s opening scene, or are hideously eliminated during the course of the story. Bambi’s mom is killed by a hunter, Nemo’s mom is eaten by a super-spooky fish and the mama fox in “The Fox and the Hound” is shot. Mother’s Day stinks if you’re a Disney cartoon matriarch.

In my sitcom, I’d be totally not-dead, and I’d engage in hilarious antics, such as climbing the neighbor’s tree to retrieve something important, (like a mean cat or an errant, windblown Walmart bag).

For added humor, I could ruminate (to a well-timed laugh track) about fixing my complicated automobile. This uproariously funny sequence might occur while I’m still in the tree with the bag and the cat. I mean, who wouldn’t think that was funny?

“On the other hand, why not ditch the whole tree shtick and take the sitcom car to the imaginary, sitcom auto shop?” you ask.

That’s an excellent question, and you’ll want to sit down and hold your head with both hands (so you don’t laugh it off) for this explanation. Here’s why: A do-it-yourself oil-changing mishap — where I emerge covered in filth, just as my hoped-for love interest rounds the corner on the arm of the more attractive female lead — is good humor. I’d be pathetic and funny, and viewers would like me. Ratings (and oil sales) would soar!

Wait a minute. Maybe, I should just launch my own reality show. I’m not narcissistic or anything, but an extra-awesome name for the program might just be “Reality Jill.” It could open with credits, most listing my name, and could feature a huge mural of me, making winky faces and cheeky grins.

Better yet, let’s all have reality shows, filled with adventure and perilous shopping trips to over-crowded malls where we debate party-dress choices and, maybe, pull each other’s hair.

After the mall trip, we could bake something (oh, how I loathe baking), have a big floury fight, and then that stupid cat from the tree scene could run through the house and knock over my fishbowl (which I don’t currently own, but will purchase before we pull each other’s hair at the mall).

We’ll cap off the segment with fireworks and a dance number. I can’t dance, but I’m pretty sure if I up my cheeky grin expression, and the rest of you ad lib with moves from “Ferris Bueller’s Day Off” (or some other generational film), we’ll be fine. See you on TV!