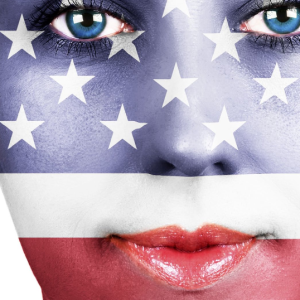 It may be as simple as exercising the constitutional right to vote or as deeply involved as working directly with a lawmaker during the process of drafting a bill, but every woman has the potential to, in some way, advocate for issues she feels are important.

“I probably knew nothing about the legislative process until I became a foster parent and ran into a problem, and learned that the problem could only be solved by the (Nebraska) Legislature,” says Kathy Bigsby Moore. “I went into the State Capitol probably for the first time since my fourth-grade tour, and I learned about the process and I accomplished my goal.”

Moore is credited with writing legislation that created the Nebraska Foster Care Review Board in the 1980s. She also founded Voices for Children in Nebraska in 1987 and served as a lobbyist for the Nebraska Association of Social Workers. Today, Moore is an organizational consultant with expertise in guiding others through the state lawmaking system, and through her experiences has become a proponent of everyday citizens getting involved in government.

“Often, people need a personal experience or a personal motivation when the goal really should be for each of us to be a little involved. Then it spreads the responsibility in a much more manageable and reasonable way,” she explains.

Personal experience was certainly a motivator for Liz Rea’s first foray into advocacy. It was her career as an educator that provided her initial training on the role of the citizen in the legislative process.

Today, Rea serves as the advocacy spokesperson at the state level for both the Nebraska organization of the American Association of University Women (AAUW) and Nebraska’s League of Women Voters (LWV). AAUW advances equity for women and girls, while LWV is a nonpartisan political organization that encourages informed and active participation in government and increased understanding of major public policy issues. Although the organizations are separate entities, they share some common objectives, Rea says, including supporting and encouraging the right for all citizens to vote. She emphasizes that simply being an informed voter is valuable involvement in the political process.

Moore agrees. “I had a grandmother who worked for the right to vote, and I think she always drilled into me the importance of that and the awareness of what the world was like before that,” she says. “I frankly think that every citizen has an obligation to be involved and that women in particular worked very hard for that right. In many circumstances, women continue to be underrepresented. If we care about that and if we want circumstances to be different, then we need to exercise our right to vote so that we demonstrate the desires and preferences and priorities of women.”

Women can take that right one step further by volunteering to support the voting process, Moore says. “As citizens, the last thing we would want is to spend large sums of money training poll workers,” she says. “It makes a strong statement to your peers to see that you not only voted, but worked the polling place.”

Behind the right to vote is the obligation to learn about the candidates and issues, and it’s easier than ever with today’s access to multiple communication channels, including the Internet, Rea says. “Just to be an informed citizen is important. That has to be the basis before you can advocate one way or the other.”

“It does take some time to read or watch or have conversations,” Moore says. “The League of Women Voters still produces a voters’ guide for every election, and they have great information in there presenting both sides of the issue. Attending a debate is a wonderful way to not only hear both sides of the issues but also just to get a firsthand picture of who that individual is, if they present themselves in a way you are comfortable with.”

Then there’s what can happen after Election Day.

“Being an informed and active citizen is an ongoing process. Once candidates are elected, then what you need to do is develop a relationship with that person to try and make sure your point of view is being represented,” Rea says, adding that championing a particular cause can start with small steps. “It’s overwhelming if you think you have to be active all the time and learn about all these issues. No, just pick one that you have a direct knowledge and interest in and something you have a passion for — just that one issue.”

Attending public forums, from local school board meetings to higher-level representative/constituent meet-and-greets, is another way of becoming more involved, even if you only observe at first, Moore adds.

“Sometimes meetings are called around a particular issue; other times it’s an open conversation,” she says. “So if you’re not ready to participate in the conversation, simply going to the meetings and listening will give you an idea of what the hot button issues are.”

Women can also help support a cause by joining a likeminded advocacy group or backing a sympathetic political candidate.

“Get involved in an organization that supports civil or human rights, or environmental rights if that’s your particular interest,” Rea says. “Get involved with candidates who support your views. If they win, then you can carry this forward.”

When it comes time to start speaking out for an issue, many citizens are surprised to discover that lawmakers are reasonably accessible, Moore says. She adds that contact information is available on government websites, and you can communicate with any lawmaker regardless of who actually represents you.

“With technology, it is very, very easy. State senators really pay attention right now to emails. The important thing is that it needs to be an individual, personal email directly to a senator,” she explains. “It will of course get the most attention if you are their constituent: ‘I live in your district and here is what I want you to do.’”

Rea agrees. “Get in the habit of contacting your state senator or your city council person or county board member or whatever level of government it is, and get acquainted with them and let them know ‘here’s how I feel about this issue and here’s how it will affect me,’” she says. “The best way that you can be in touch with your lawmaker is personal contact. They pay more attention to that than they would a mass mailing of some petition message from a well-organized group.”

Basic research — like determining what body of government (city, county, state or federal) oversees a particular area — will help a citizen find the right channels faster, but lawmakers and their staff can and do provide guidance.

“Your elected official, if they have a staff person, may say, ‘let me have my staff person look into this a little bit’ or they may need you to do that research,” Rea says. “Sometimes it’s not crystal clear where the solution lies; you might ultimately decide that it doesn’t take a new policy, but that there’s already a law on the books that people aren’t abiding by. So it might take publicity, media coverage … there’s all kinds of avenues you can take, but the important thing is to find the pivot point, to find where the leverage lies.

“But you don’t have to write the new bill, you simply have to converse with the elected official and their staff and together figure out what it is you want the legislative bill or policy proposal to do,” she adds. “And they will start it through the process and explain to you what it is they need you to do.”

In fact, private citizens who became advocates associated with a particular issue can serve as a valuable resource to lawmakers.

“If it’s a wonderful idea and you want to kind of be the wind beneath the wings of that senator, let them know that and ask how you can help,” Moore says. “It may be that you represent some segment of the population that would be helpful in advancing this cause.”

“What I’ve learned over the years is that the vast majority of people in public office want to do the right thing,” Rea says. “You have to make the effort, otherwise how are they going to know your point of view and how legislation is going to affect you? That’s where the active citizen is valuable, for the information and the expertise they can bring to bear when the lawmakers are trying to decide what’s going to be the best thing for the people. Get out there, promote your view based on facts and your best information, and then encourage them to try and see things your way when they make their final decision.”

Excellent article on an important topic! Liz and Kathy – you two are AWESOME!

Great article! Liz and Kathy have both made positive changes in our state and continue to work to make a difference for all of us.