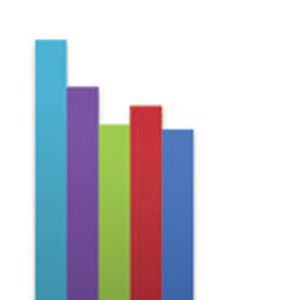 While women are making strides in some areas, the overall numbers show a different story. In 2013, women held 25 percent of the elected offices in Douglas and Sarpy counties, according to a Women’s Fund study. This is down from 34 percent in 1996 when the Women’ Fund first looked at leadership numbers.

Women continue to be best represented on educational boards, holding 35 percent of the seats in 2013. Yet in 1996, women held 55 percent of these positions.

The biggest barrier to electing more women to office is women deciding to run, says Rhonda Saferstein, an instructor in the political science department at the University of Nebraska at Omaha. “A lot of the problem is women tend not to run for office,” she says, adding she has done a fair amount of research on this topic. “If women run, they have just as good a chance of winning as men.”

A recent Washington Post article also notes that few women make it to the ballot in the first place. Campaign finance was one reason mentioned in the article as a challenge for women.

What are some of the other reasons women aren’t running for office?

“There are a lot of things that get in the way,” Saferstein says, classifying the barriers as structural, environmental and attitudinal. With a two-party system, only one member from each party makes it to the general election, which limits the number of opportunities. Additionally, Saferstein says it’s difficult to unseat an incumbent, and parties tend to put a sacrificial lamb in the race. Historically, it’s common for that candidate to be female.

Saferstein agrees that money is a big issue. “It is very expensive to run a campaign, even a local campaign, and men have access to more money,” she says. There’s also the pipeline theory, where women often leave the career path to have families. “When you don’t have the same career opportunities, you are not a part of that eligibility pool,” she says, explaining that parties often look for successful business people or lawyers as candidates, and those more often are men.

Carol Russell, a member of the Women’s Fund Ready to Run committee and a former candidate for the University of Nebraska Board of Regents, says it’s harder for women to fundraise. That’s why candidates need to be very committed and have a good donor base, she says. “You just can’t do it without money.”

Attitudes toward women is an issue, as there is still a generation of typically older women and men who don’t believe women should be in politics, Saferstein says.

Liz Campbell, also a member of the Women’s Fund Ready to Run committee and a campaign manager, doesn’t think barriers to women running for office have changed over the years. “Elected office is still thought of as a man’s thing,” she says. “People don’t think this is something a woman can, should do.” Campbell believes the public has become disillusioned with elected office and the campaign process because it has all become so negative. “In addition, both parties have become so polarized at the extreme ends of the spectrum. It makes it hard to see how you would fit in, (and for some offices get the nomination) if you are a pragmatist who just wants the opportunity to problem solve and make the office you are running for more effective.”

Family is another consideration, as women tend to handle significantly more of the housework and child care than men. Saferstein says that it’s typical for women to come into politics after their children are grown. If a woman with young children ran for office, “people could view her as an irresponsible parent, but they would never view men that way,” she says.

Russell says it seems like there are more women working now than in 1996, when the Women’s Fund first reported on election numbers. “Time becomes an issue in a lot of people’s lives,” she says. For anyone with a family, it takes a real commitment to devote time outside of work and family to run.

Family was the reason State Sen. Annette Dubas of Fullerton cited when she dropped out of the race for governor this past fall. In an Omaha World-Herald article, Dubas said campaigning for statewide office was more demanding than she expected. “It became harder and harder to attend to family matters, serve my legislative constituents and campaign for governor,” she said.

The biggest barrier to women running for office, though, is recruitment, Saferstein says. “It’s changing, but not fast enough.”

She notes that women in national elected offices tend to be Democrats. CAWP numbers support this, as 59 of the 78 women in the House of Representatives and 16 of the 20 women in the Senate are Democrats.

Campbell says it’s important to ask women to run for office, and to offer to help with their campaign. “Encourage them to get involved in a political campaign,” she says. That way, they can experience firsthand how regular people can make a difference.

It’s crucial, Saferstein says, for women to run and win political offices. When women see other women in elected positions, then they can view women as leaders. And the longer women serve in office, the more likely it is they will be in the position to influence policy.

“It is an interesting experience to run,” Russell says. “If you win, it is even better. Women, I think, can make a huge impact in what is happening in our world. Stepping up and supporting each other is very important to do.”