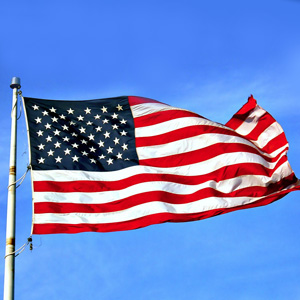 You don’t have to be a political heavy like Hilary or Condi to make an impact in the world of politics. In fact, even if you’re not “Ready to Run” you can still make an impression. Whether it’s a smaller job like delivering yard signs or working a phone bank, or a major position such as campaign manager, working on a political campaign is a great way to make a difference — and a very important role for women to take on.

“I am a strong believer in getting involved in political campaigns at any level,” says Jennifer Rasmussen, who has managed and volunteered for many regional campaigns. “Women, along with all individuals, bring a unique aspect to campaigns. We all have different views and perspectives. That is what makes a candidate and a campaign great. The willingness to acknowledge all perspectives and press for solutions is what wins campaigns.”

Rasmussen, director of sales and marketing for Prairie Life Fitness and president of PerFit, says she was introduced to politics at age 11 when her uncle, Bob Kerrey, ran for Nebraska governor.

“We spent countless hours walking in parades, attending events, stuffing envelopes, and whatever needed to be done,” Rasmussen says. “I was officially bit by the campaign bug and loved it! I again volunteered for [Kerrey’s] U.S. Senate campaign, took a semester off of college to work on his presidential campaign as a student surrogate, and worked for my mom’s legislative race.” Rasmussen’s mother, Jessie Rasmussen, is a former Nebraska state legislator.

When Rasmussen graduated from college she was offered her first paid position in the campaign for Kerrey’s 1994 Senate race. She went on to work as either a fundraiser or finance director in campaigns for Ben Nelson (Senate), James Martin Davis (Congress), Lou Lamberty (mayor), and Mike Fahey (mayor), as well as managing campaigns for Don Kleine, Roger Morrissey and Pete Festersen.

Rasmussen stresses the importance of educating oneself regarding the candidates. For her, getting involved was the next logical step, and a very rewarding one.

“It is a great way to learn about the ins and outs of our political system,” she says. “I have met most of my best friends via campaigns. It becomes a family. There is so much trust and intense levels of vulnerability that make very strong relationships with your colleagues. I am so thankful for the opportunities I have had and the leaders I have had the opportunity to work with and for.”

Omahan Amy Wise also got involved in campaign volunteering due to family influence. “My family is very involved in politics, so it came to me early,” she says. “My sisters both worked on campaigns and would take me to events and fundraisers [where I learned] how to help.”

Wise, who won Nebraska Junior Democratic Volunteer of the Year in 2000, says Election Day is one of her favorite days of the year. She was a volunteer coordinator for Ben Nelson’s Senate campaign and Mike Fahey’s mayoral campaign.

“My duties included finding volunteers to make phone calls, canvas neighborhoods, walk in parades, and do visibility on Election Day,” she says. “I loved being involved in making a difference in local government. It taught me new things and made me feel like I was making a difference in the city and state I love.”

Loree Bykerk, Ph.D., professor of political science at University of Nebraska at Omaha, echoes the importance of women’s involvement in political campaigns.

“There are many reasons to get involved, including learning more about how campaigns and elections work, refining what you think about issues and public policies, and practicing how to articulate your ideas and connect them to specific policies and candidates,” she says. “Many studies show that when women’s interests are articulated they make a difference in how institutions work, the issues that get attention and the decisions that are made. Women have to raise their voices because others generally won’t act on their behalf.”

Kristine Bockerman, receptionist to Mayor Jean Stothert, agrees. “The easiest way for women to ensure they are part of the process for supporting a candidate is to get involved,” she says.

Bockerman volunteered as a volunteer coordinator in Stothert’s successful mayoral effort until the primary, at which point she stepped into a paid role as volunteer coordinator/campaign office manager. She had previously volunteered in smaller roles in campaigns for Jan Stoney and Lee Terry. In many respects women bring unique talents to the table that can work as major assets for a campaign, she says.

“[Women] are strong and we can think quickly on our feet, be compassionate and understand the issues. I’ve met many women who volunteered and some men. The women were more loyal in most cases. We are compassionate, giving and firm. Women can use their God-given gifts for the good of [humankind],” Bockerman says.

She also says the experience was a very enriching one — especially as she succeeded in her own aims, ultimately contributing to Stothert’s win. “I got to meet goals, to learn what it meant to be part of the inner circle on the campaign, and to work tirelessly with others,” she says of the satisfaction of a job well done. “I got to see a real woman of integrity do what she said she was going to do, which is rare in politics.”

Rasmussen says she has benefited from the same fulfillment that comes from helping a campaign she believed in succeed, which also comes with many valuable life lessons.

“I have been extremely fortunate to work for amazing candidates that have allowed me to make an impact. They’ve allowed me to make mistakes and encouraged me to be better. They taught me that making an impact isn’t just standing behind the candidate on election night. It is about believing in something bigger, and that you can make a difference by working for them,” she says.

Campaigns are very open to volunteers, so if you want to get involved, the best way is to simply dial up the campaign and tell them you’re willing to help. For those interested in campaign management, the Nebraska Farm Bureau Federation (NFBF) offers a biennial Campaign Management Training Seminar, which offers curriculum for local, state and national campaigns.

“Our campaign training is valuable because it provides the ‘nuts and bolts’ of how campaigns are run, enabling anyone who completes the training to have the basic tools needed to run a successful campaign,” says Jessica Kolterman, director of state governmental relations and NFBF-PAC for the Nebraska Farm Bureau Federation.

The training has been offered every election cycle for the past 10 years and teaches campaign organization and strategy, working with the news media, budgeting and fundraising, evaluating the viability of the candidacy and more. The NFBF’s campaign school is offered to both men and women, and while both are encouraged to join, Kolterman believes it is especially important for women to get involved.

“I think women bring a very important perspective to elections and campaigns,” she says. “Women are able to relate differently to constituencies than men, allowing them to provide unique insights and ideas for breaking through some of the noise and connecting with voters.”

According to Bykerk, both her research and professional observations support the need for more women to get more involved, especially at the level of campaign management. “Research shows that women contribute to campaigns as frequently as men do, but they tend to give smaller amounts because they tend not to have as much money as men do. The research doesn’t separate out managers and volunteers, but my observations indicate they volunteer at about the same rate as men, but managers are more likely to be men than women. So in that respect it’s a lot like the business world,” she says.

Bykerk urges women to get involved and engaged in campaigns they believe in — especially at the local level. “There is so much to gain even with getting active in something simple like handing out leaflets door-to-door,” she says. “There is much to learn, especially now when there is so much frustration with national politics; local people and processes are so accessible and that is where we can make a positive difference. And although the media focuses on conflicts at the national level, local decisions have more impact on us on a day-to-day basis.”

Bockerman echoes that advice: “Just do it,” she says to those who may be interested. “It doesn’t matter if you are good on the phone, can stuff envelopes, deliver yards signs, get petitions signed, drive people to the polls or canvas neighborhoods — you can be part of the process of changing your little or big part of the world. You have a part to play. One vote can make the difference, and you can be a part of making that difference happen.”

Volunteers and others active in campaigns may not even win the race in question, but they will still reap the many benefits. “Win or lose, you were a part of something amazing that may not have even worked out in the exact way you wanted, but you may have educated people and motivated them to make their own difference too,” Wise says.

“I believe women underestimate the power we bring to all political environments,” adds Rasmussen. “We must speak out on issues we believe in. We must be involved in any way we can to influence the future.”

I can (not that I do) appreciate Mrs. Sagan’s view on “women voice should be heard and respected” is biast. I am not sure why women need or want compete with men regaring politics, business, etc. My personal opinion is Mrs. Sagan has great points, however I recommend making your point, making a differnce and showing results opposed to blaming gender. Very impressive article and hope many folks read and have their own feedback to offer.

If you want a message across tell a woman. Women getting involved in elections campaigns is healthy, it makes us stand tall, and moulds us to identify our potential in leadership. If we campaign for men the first time, it gives us experience to do it on own or to help our fellow women competing with men. If we do not jump out of the talent pool who will do it for us/ Hey, women, lets stand together, we can change the world after all it is not going well with our counterparts.