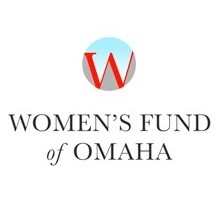 Three new members have been elected to three-year terms with the Women’s Fund of Omaha’s Board of Directors. They are:

Additionally, Sarah Johnson, Greater Omaha Chamber of Commerce, is the Circles liaison to the board this year.

Twenty-six new members have been selected for the 2013 class of Women’s Fund Circles. They join 24 members of the inaugural group who are returning for a second year. Launched in December 2011, Circles provides young women with opportunities to network, learn about philanthropy and connect with female leaders throughout our community.

Members were selected based on community involvement, leadership, contributions to their workplace and their vision for young women in Omaha. Steering committee members for 2013 have also been named.

Congratulations to the new members:

Visit the Women’s Fund website at www.omahawomensfund.org for more information on Circles and a complete list of 2013 members.