Why We Need a Woman for President, Round 2 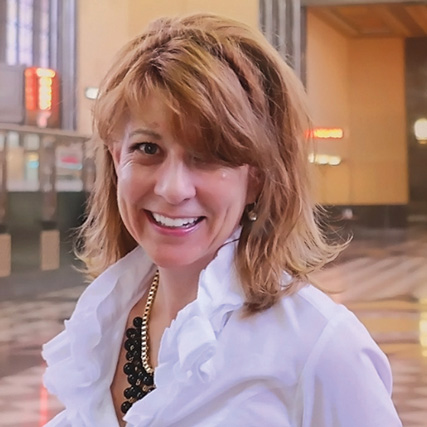 I’ve been doing something with great regularity the past 20 years: I’ve been submitting this column late. That’s why for this, the 20th Anniversary issue of Today’s Omaha Woman, I thought, “Hey, why not give my editor a thrill and drop her this little prose gem early?”

Truth is, my editor has had just about all the thrills with me she can take. Seriously. We were college roommates, and one of us had to emerge as responsible. As you can see, one of us is a publication editor…the other is a word clown. Yep. So, now you know how that all worked out. I’m the responsible one! Also, one of us tells the truth…so, just give me a minute while I saw off the end of my nose, OK?

Two years into my column tenure (that’s 18 years ago, friends) our then United States President had a little extra time on his hands to, you know, refrain from blowin’ up the free world AND cuddle with an intern. This was funny, to about, oh, five (super smart) people. I was one of them, and I wrote a humor column in this magazine headlined: “Why We Need a Woman for President.”

This is what I wrote in my column 18 years ago: “See, if a woman were President, and she had an extra 40 minutes, she’d rewrite foreign policy and wallpaper the White House bathroom, all while talking on the cordless phone to Queen Elizabeth about her headstrong, adult children.”

State-of-the-art cordless phone aside, it’s time for a woman in the White House. Women aren’t just girls in pant suits. Come to think of it, why are women’s suits called, “pant suits?” Is this to clarify from the “pantless” suits men wear?

Why can’t we girls just have suits? If I were President, the FIRST thing I would do is write a proclamation (or some political thingy) against “pant suits.”

The second awesome task I would complete is assigning a man the honor of selecting the new White House china for my first four years in office, because china selection has been the traditional task of the First Lady since the United States had no electricity—but, apparently, still had china.

As Woman President, I would have no interest in china, because I would be doing more important things, like thinking, “How the heck did I become president? Isn’t there someone more responsible who could do this job? Oh, wait, yes, yes there is, another woman.”

In 1920, U.S. women were granted the right to vote by the 19th Amendment. “Votes for Women,” a 20th century battle cry, became real. I’m proposing a new rally call: Vote for a Woman. No joke. There’s more than one running for office this election—women, that is, not jokes. Okay, you got me. There are a couple of jokes running for office, too.

Otherwise, just write my name in on your ballot. If I’m elected, we’ll have a big bonfire (with hot dogs) and I’ll invite you, because I’m classy like that. I’m a woman. And we can do anything. W