Voices of Film & TV in Focus 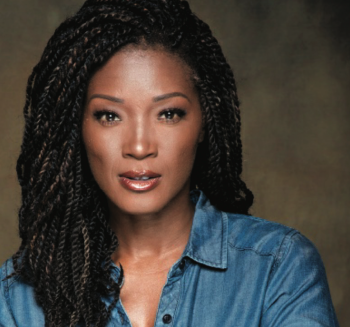 THE CRITICALLY ACCLAIMED WOMEN OF OMAHA SPEAK OUT

Women are protesting around the globe to demand justice on the issues of race, gender and economic disparity. As stories of harassment, abuse and sexual assault are being brought to the surface, women in the arts are also using their voices to shift the conversation in ways we have never seen before. Omaha native Yolonda Ross, star of the hit Showtime drama series, “The Chi,” will direct her first feature film in 2019. She began writing the script in 2014. “From that time to now, so much has changed. Not that the situations themselves have changed, but how we are talking about it. Justice is coming with the Me Too Movement.”

Reviewing her script through the lens of the movement, Ross rewrote how her characters responded to bad male behavior. “Now that we are actually addressing it and people are actually getting in trouble for it, I had to go back as a writer and address it.” Ross says that now that her female characters are responding and calling out that behavior, a certain power is added.

Another Omahan who has made a name for herself in Hollywood is Rachel Shukert, writer and producer of the hit Netflix series, “GLOW.” Shukert says that storytelling has a certain power to demystify things— to make it feel accessible to people and to make them feel they are not alone. Shukert described how “Will and Grace” shone a light on the visibility of gay characters on television.

“There’s an incredible power in that sort of thing. By being mindful of the way you are portraying things. This is just a person that this is happening to. It’s not an agenda. I think that’s really important.” Shukert says that everyone talks about the Me Too Movement. In writing episode five of “GLOW’s” second season, “Perverts are People, Too,” Shukert brought the movement front and center into living rooms. “Let’s show what it actually is. Let’s show how it feels, let’s show what is said.”

Shukert describes a scene where the main character, Ruth, has a meeting with a male network executive and the meeting does not go as she expected. “She’s really hoping it will be a professional meeting and it turns out not to be such a professional meeting and there are sort of ramifications for her.” When Ruth shares this story with Debbie, Debbie becomes angry—a reaction she was not expecting. “It’s very much the kind of argument women hear . . . like ‘How could you do that? Why did you put yourself in that situation?’ Essentially, it’s always your fault, no matter what the person in power did.” That was an episode that I felt like I had to say a lot about.” Shukert says she wanted to show the way women internalize things and how each woman handles situations differently, and how they can tend to lash out at each other.

In another episode of “GLOW,” by a different writer, the show addresses abortion. “I feel like stories like that are real-lived experiences that we’ve often shied away from telling because they’re controversial.” Shukert says that she feels there are rules arbitrarily placed on stories about women that can create a sense of fear. “I’m always asking myself, ‘What if I just decided not to be scared of that?’ That we’ll just say what we have to say and how people respond to it is their problem.” “I think it is a real step forward for women who are still taught to care what other people think and to be people-pleasers. It’s like, what if we just go toward the conflict?”

She says that in regard to sexism, women have felt voiceless and angry for so long that once you open the door, even just a little bit, all of this stuff comes spilling out and people can’t stop themselves from speaking. Film Streams Executive Director Rachel Jacobson says that how we consume news and media is an important conversation being addressed in Film Streams’ daytime education program, a media literacy program that provides free screening opportunities for teachers of grades five to 12 to integrate film into their curriculum. “We want to get people to think critically about the media they are encountering and where it’s coming from, and what the agenda is. It’s about getting to a place where kids are being educated to think about and question what’s presented to them rather than taking it as gospel,” Jacobson says.

The program began in 2008, with assistance from Katie Weitz of the Weitz Family Foundation. “She was on the board and the head of the education committee. She was really involved with it.” In 2016, Film Streams hired Education Director Diana Martinez, Ph.D. “She has taken that project to the next level,” Jacobsen says. She says that the role of Education Director received many applications nationwide, but Diana’s work on studying women comedians and identity issues made her stand out. “That has always been a really big priority for us; she was a really good fit.”

The daytime education program served 6,000 Omaha area high school kids last year. “Students learn to interpret films through a cultural context. They learn to empathize with characters in ways that are beneficial to their own personal development,” she says. “Sometimes, they’re seeing versions of themselves on screen being represented for the first time and really analyzing the film in the medium of artistic expression.”

One example of this on television is “The Chi.” Ross says her show adds a human touch to all of the negativity in the news about Chicago and its South Side. “We are really showing that human beings live in those neighborhoods. It’s not just a bunch of black people shooting at each other. That’s not what we just do, you know.” “Everybody’s striving to live their lives and put their kids through school, keep their kids out of trouble just like everybody else. The circumstances might be tougher, and that’s what we’re showing.”

Ross says that being a person of color in entertainment, and also being a woman, is huge. “I feel like you are a role model whether you want to be or not. When I am choosing parts, I have to get something out of it. I have to learn something, first off. Whatever I’m putting out there, I feel like viewers need to be able to understand how they got this way or see what it is that’s a problem with them. So maybe I can help somebody that’s like them.”

Hot-button topics like sexism and racism are more often portrayed in film and TV. “I think people are really telling stories about that stuff right now, and people for the first time are willing to really listen to those stories and watch those stories in a different way,” Shukert says. Jacobson says that she began Film Streams with the intention of supporting more diverse voices. “I think the fact that it has become more of a mainstream conversation is exciting.”

She says that it’s an injustice when groups are not represented. “When it’s not reflective of the actual population and it’s not diverse, it really influences the power structure in huge ways. I just love that the conversation is more mainstream now. “I’m very hopeful that more and more women and people of color are going to have opportunities to direct film and tell their stories.” W