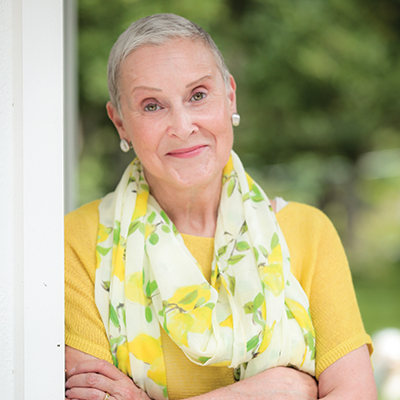 Progress Chronicled in Two Decades of Research and Feature Stories

The slate was blank in 1990. For their inaugural efforts, the founders of the Women’s Fund of Omaha could have pursued any one of dozens of critical issues facing women and girls in our community. But one rose right to the top, founder and first executive director Mary Heng-Braun said, because of its especially urgent nature.

“Violence against women is a life and death issue,” she says. “Literally, for these women—if left alone it was a case of life and death.”

Twenty-five years later, the urgency remains. The fact is, violence against women is a problem with ancient roots and disheartening persistence: a 2010 Women’s Fund study (“Intimate Partner Violence in Omaha”) reported that an estimated 22 percent of women in Nebraska have experienced partner violence at some point in their lifetime. Research since the first Women’s Fund study in 1991 has also revealed troubling links to teen dating violence, sex trafficking, impoverished families and multi-generational cycles of abuse.

Since its inception in 1996, Today’s Omaha Woman has covered this topic more than two dozen times, pairing faces and real-life stories with research and statistics, and providing much-needed resources to victims and survivors.

Thankfully, some progress has been made, and 20 years of stories in this magazine on violence against women have reflected that progression. The first story, in 1997, was headlined: “A Cry for Help: What Happens Next?” and focused on telling victims where to find help. A 2005 article focused on Workplace Bullying—a new form of abuse that was just coming to light. In 2006, sexual assault and Methodist Hospital’s SANE/SART program, which helps ensure both victim care and perpetrator prosecutions, was front and center. Fast-forward to 2012, and sex trafficking has taken center stage, complete with concern about the online sex trade.

Overall, it’s safe to say that awareness about violence against women has improved, efforts have been expanded to include prevention and intervention, post-crisis services are now presented to survivors, and targeted assistance is available to underserved populations.

In the past, Heng-Braun says, the general public tended to think violence against women was a problem best kept behind closed doors. “That perspective was very real and very alive in our community. And Omaha wasn’t unique,” she says. Even when the evidence was unmistakable, people were reluctant to intervene, she adds.

“Domestic violence was perceived not so much as a community problem but as a private or a family matter: ‘Don’t get involved.’ You would just look down and think, ‘That’s terrible,’ or ‘Why doesn’t she leave?’” she recalls. “A good proportion of the time, people just went about their business.”

“The community and everyone thought it was a family issue, not really to be talked about outside family, and that family alone should help them… it was also looked at as more of ‘just a bad relationship,’” says Amy Richardson, Women’s Center for Advancement (WCA) president and CEO. But the climate has changed, Richardson says. “The victim is not responsible for that violent behavior.”

Partner abuse is less likely to be dismissed as a relationship conflict today, and service providers and law enforcement professionals have greater understanding of the complexity of the problem and recognize the need for services that extend beyond crisis management, she says. WCA helps victims of domestic violence and sexual assault by providing services for both immediate safety and longterm self-sufficiency, and emotional support is provided throughout the process.

Women can connect to WCA services—which are free—in English (402-345-7273) or Spanish (402-672-7118) through a 24-hour hotline that is open even on weekends and holidays. And the WCA will soon be able to offer expanded on-site services after relocating to new quarters three times the size of its current offices, Richardson says. The rehabilitation project, in a building located at 38th and Harney Streets, is expected to be completed in late 2017.

“When we hold perpetrators accountable, it sends a big message to our youth about zero tolerance for this type of criminal behavior.” –Amy Richardson, CEO—Women’s Center for Advancement

Over the years, flexibility has become recognized as an important component of services for victims of violence, Richardson says. For instance, service providers and law enforcement professionals have learned to offer multiple options to women who are extricating themselves and their children from an abuser— not just pressing for a swift and immediate departure, which can trigger violent retaliation. Even technology advancements have to be factored in; tracking software in cellphones or browser history on a computer can make it easier than ever for an abuser to locate an estranged victim.

“We know now it’s important when you’re working with a person to go at their pace,” she explains. “They know that perpetrator far better than any service provider could know them…It’s so critical we don’t put the message out anymore that the only way you can be safe is by leaving.

Another way violence against women is better addressed today is that abusers are more likely to be prosecuted, Richardson says. “It’s moving away from a focus on what the victim should do toward holding the perpetrator accountable, “she says. “When we hold perpetrators accountable its ends a big message to our youth about zero tolerance for this type of criminal behavior.

Legal services are available to women through WCA to help them navigate the ins and outs of their role in criminal prosecution as well as protection orders, family law issues such as custody and visitation, and even immigrants’ rights. In the past, services for victims of partner violence were focused on crisis management, but today both education and intervention are focusing on helping families break the cycle of abuse and also help both young men and young women learn about healthy relationships and identify red flags that could indicate potential for abuse.

“We know things now that we didn’t know then,” Richardson says. Awareness education has also helped dispel stereotypes’-Braun recalls that the earliest Women’s Fund research revealed that the problem of domestic violence was not confined to any particular group of women; even women like her, “businesswomen with strong professional life,” were among the victims. “It just blew me away,” she says. You want to think that it can’t happen to you and that it’s not real.

“The public has grown to accept the reality of domestic violence over the last 25 years, but has reverted to prevailing attitude of, “It’s not real” when it comes to sex trafficking, another facet of the larger issue of violence against women and a current Women’s Fund area of interest, says Meghan Malik, trafficking response coordinator for the organization. A 2015 study (“Human Trafficking in Nebraska”) revealed some disturbing truths. “That report basically says that it’s a complex interplay of sex, money, drugs and the public reluctance to discuss the issue. That report really articulated that there was the sense from survivors that everybody was just looking the other way,” Malik says.

“The level of violence and fear and manipulation that they experience during their victimization, it’s hard for anyone to read about it—and then you read about it in context of this stigma and shame they have felt, that they have not been looked at as victims and survivors, but have been looked at as making a conscious choice to be in this life. And that’s simply not true. The Women’s Fund is actively working on many levels to stop human trafficking, Malik adds.

“We’ve partnered with the Nebraska human trafficking task force, which is led by the Salvation Army and the attorney general’s office, and then there’s a number of service organizations, law enforcement organizations and agencies across the state of Nebraska who are really focused on three goals: helping victims and survivors, helping survivors and eliminating the demand,” she says. “The creation of the task force was critical for the state of Nebraska, to have a task force to come together and begin making plan of how to attack this. The training and education that’s rolling out is important in getting everybody to a place where they realize this is really happening.”

Federal legislation in 2000 was instrumental in creating a platform to address the problem, Malik says. “That was a critical point because it really helped define what sex trafficking was and it defined it domestically as well. We had some other laws, but this said that sex trafficking was the exploitation of individuals for commercial gain through sex,” she says, adding that “fraud” and “coercion” were specifically called out. ‘That helped prosecutors and law enforcement and service providers to provide services to individuals who hadn’t been defined as sex-trafficked before.”

State-level legislation followed suit, particularly LB294, which increases penalties for traffickers, andLB843, which makes Nebraska one of only two states that grants immunity from prosecution for prostitution for individuals who have been trafficked, Malik says.

On the education and awareness side, the Women’s Fund has supported multiple efforts, including hosting six fall training sessions for first responders across the state; creating a position at the Nebraska Alliance of Child Advocacy Centers to focus on teaching law enforcement personnel how to identify, prevent and respond to commercial sexual exploitation of children; and the Coalition on Human Trafficking’s project to educate employees of hotels and motels to recognize activity that suggests sex trafficking.

Private citizens can also report suspicious activity. “If you see something, say something. Call the National Human Trafficking Resource Center (NHTRC)—a national, toll-free hotline, at 888-373-7888,” she says. “We have an obligation to not look the other way.”

Education is key to reducing and eventually eliminating human trafficking, Malik says. “It takes a multidisciplinary approach: law enforcement, service providers and community partners, “she says. “There is a lot of education and training that is taking place. But we still need a lot more education for the general public—prevention education—especially for youth…those conversations have to start early, that it’s not OK to purchase another human being, that it’s not OK to commercially sexually exploit someone. We’re going to stop sex trafficking only if we can eliminate the demand. There is still work to be done, Malik says.

“We know that we’re not identifying and seeing all those individuals out there who are being exploited. So once we have more proactive operations and once we’re able to recognize it, we have to have a system of response and a comprehensive array of services,” she says. “The Women’s Fund is very committed to helping these organizations come together, mapping out what that needs to look like, and funding those pieces.”

Richardson expresses similar concerns about reaching women who need services. “We know there are victims of either violence or sexual assault that won’t seek medical attention; they’re so ashamed,” she says. “And we still have a lot of work to do on ‘If this happens’ and ‘These are the signs,’ and where to go for help—that education part”

The Women’s Fund has recently taken a new step to further improve the ways in which our community addresses domestic violence and sexual assault. In September, the Women’s Fund and the Domestic Violence Council (DVC) announced that the two organizations are joining forces in a merger that will strengthen their combined efforts. Christon Mactaggart, who brings 15 years of experience in the field, has been hired to serve as the domestic violence/sexual assault response coordinator.

The Women’s Fund will provide research and resources to support community efforts to respond to domestic violence and sexual assault, but with consideration to the service providers already in place will not be serving as a direct service provider.

Heng-Braun says she’s proud of how the Women’s Fund has evolved through the years, whether addressing emerging issues or age-old problems, including violence against women.

“The Women’s Fund is viewed as a respected and credible organization,” she says, adding that the entire community is better for its existence. “Issues affecting women and the community are the same.”