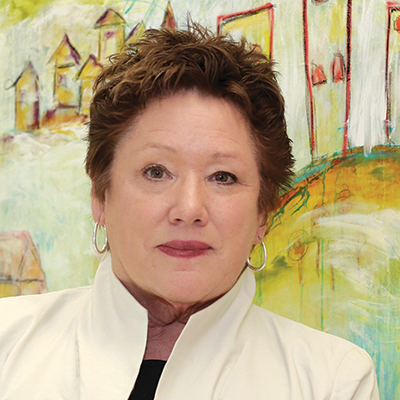 HOW A MULTIGENERATIONAL WORKFORCE DEFINES AND DETERMINES LEADERSHIP

It may not be quite that simple, but each generation is uniquely shaped by its experiences and brings its distinct characteristics along when entering the workforce.

Anne Loehr, a Gen Xer, author, and president of Anne Loehr & Associates, will speak on “Preparing Leaders for the Future Workforce” at ICAN’s 2016 Women’s Leadership Conference in Omaha. Loehr became interested in generational differences while promoting her first book, A Manager’s Guide to Coaching, when someone asked her how to coach Millennials.

“I didn’t know the answer, so I told them I’d research that and get back to them,” says Loehr. “I found the research fascinating so I just kept digging into it. I lived in Kenya for 12 years, working with 42 tribes. As I continued to study generations over the years, I realized generations are just like tribes.”

The borders between these “tribes” are dictated by birth date, sometimes overlap, and are also slightly fuzzy, depending on the source consulted, but the major generations of the 20th Century are generally agreed to be the Traditionalists (born before 1945), Baby Boomers (1946-1964), Gen X (1964-1981), and Millennials (1982-2000).

“After speaking to groups that span industries, my key takeaway is that every organization—big and small—needs to learn how to adapt to both the seismic shifts in workplace demographics and the many layers of generational expectations. There’s a lot of change ahead and therefore a lot to learn,” Loehr writes on her blog.

So with the evolving workplace landscape, what do these various generational perspectives mean for how women’s leadership is defined and determined within organizations?

Amanda Duffy Randall, director of the Grace Abbott School of Social Work at University of Nebraska Omaha, and longtime member of the Women’s Fund of Omaha’s research committee, says that emerging generational differences is one of the themes from the Women’s Fund’s updated women and leadership report, to be released this month.

“We certainly found generational differences, mostly in how people approach the idea of work in terms of what’s available to women leaders,” says Randall, a Baby Boomer.

“We saw one of the most striking differences when we asked about work-life balance,” Randall says. “Most of our younger participants said things like, ‘Well, that’s not really a women’s issue, that’s a family issue or a personal issue,’ or ‘Why do we ask women that when we never ask men?’ That was nice to see. The sense of looking at work as part of one’s total life is stronger in younger participants than amongst older participants. I think older women may have sacrificed a bit more. Younger women don’t remember when it wasn’t as much of an equal opportunity playing field—and that’s nice.”

Randall says the research team attempted to largely replicate the 2006 study, but also expanded into additional areas not covered in the last report.

“We found some of the same things we found previously, which were very discouraging. For example, informal social networks and leadership networks are still pretty divided by gender,” Randall says. “A lot of decision-making and relationship building occurs outside the office, and women are often excluded from the majority of that. Women are less likely to play golf or hunt, and are not automatically included in these kinds of networks that men have established. Women are developing their own informal networks to a degree, but they’re still not the power sources that some of the other networks are. And that’s an exclusionary thing for women leaders.”

As for what united the generations, Randall says the research team found a strong appreciation for individual preparation and hard work—that values matter when pursuing leadership positions and that people wish to see values displayed by their leaders.

“Values in terms of integrity, for example, were really important across generations,” she says. “It was a strong theme that your pathway needs to be bracketed by your values. You’ll have to display integrity, respect and vision along the way, and that’s a cumulative process for most of us.”

According to Randall, the study also found a consensus among generations that representation of women in leadership remains an important issue.

“We were concerned there might be an attitude of, ‘Oh we have one of those (a woman leader), we don’t need any more.’ As in, ‘We have a woman mayor, so why are you worried about women in government?’ And we didn’t find that at all, so that was good news,” she says.

According to the Pew Research Center, Millennials surpassed Gen Xers as the largest share of the American workforce in the first quarter of 2015—a position the sandwiched-in Gen Xers held for just a scant three years, after overtaking the Baby Boomers in 2012. As Millennials continue to flood the workforce, a hot topic among leaders is: How do we lead Millennials? Angel N. Starks, a realtor with Nebraska Realty and the 2016 engagement chair for the Greater Omaha Young Professionals Council, is a Millennial who sometimes relates more to Gen X.

“I think the Baby Boomers were much more rules-and-regulations oriented,” Starks says. “My generation and those younger than I are constantly fighting for freedom from such rules and norms. That fact actually energizes and scares me at the same time. We are much more outspoken about our needs and desires, and sometimes that creates conflict. Conflict can be healthy if handled correctly, and that’s the part that scares me. We also have access to so many more resources and fast-paced technology than previous generations, so we have a more substantial ability to affect others. Our reach is limitless. Once again, these are both pros and cons for our future, depending on the person and their motives.”

Kelli Pilgrim is a Gen Xer and senior director of global customer operations and Omaha operations for LinkedIn, which recently placed No. 1 among Omaha’s 2016 “Best Places to Work.”

“Our values center around collaboration and innovation, so I feel that the culture we’ve created at LinkedIn is a perfect place for millennials to thrive,” Pilgrim says. “Cultivating new ideas and creating opportunities for individuals to identify and practice those talents is at the heart of working at LinkedIn.”

Randall says the 2016 leadership study found that a collaborative workplace appeals not just to Millennials, who are characterized by a desire for connectivity, but also to other generations.

“Everyone basically agreed that the very best decision-making in current organizational climates is collaborative,” she says. “The more inclusion you have in leadership positions, the better your decisions.”

Melanie Phelan, event specialist at Big Omaha (currently operated by the AIM Institute), is a Millennial who agrees that a collaborative environment is ideal. Big Omaha, after all, self-describes in part as “the nation’s most collaborative conference on innovation and entrepreneurship.”

Phelan and her team work out of the 100-year-old Exchange Building, formerly the Omaha Grain Exchange, which now, thanks to a partnership between AIM and the Omaha Startup Collaborative, acts as a hub for collaboration and the exchange of ideas.

“Our standing desks line one wall and we can all easily see each other’s work, collaborate and celebrate small victories,” says Phelan, who also notes the abundant natural light in the space.

Phelan says that while Big Omaha’s audience ranges in age, the majority are ages 22 to 30, closely followed by ages 31 to 40.

“One message, or common theme, conveyed by many Big Omaha speakers is that to make it in the startup industry, you need to be a leader,” she says. “Be empowering, inspirational, and encourage others to not only step, but jump, out of their comfort zones.”

Randall says another topic the 2016 leadership study inquired about was the issue of how established women leaders use their social capital at work to facilitate emerging leadership.

“We asked questions like, ‘How do you use your social capital, who do you mentor, who do you attempt to bring along, and in what ways?’ Many corporations now have formal leadership programming. But is that universally available to women leaders? Do they utilize it? And does that result in more women in leadership? What we see is that women are participating in those things, but we’re not seeing an actual change at that top—there aren’t that many more women in leadership positions than before,” Randall says.

While the question of how to lead Millennials is often at the forefront of many leaders’ minds, they must also navigate leadership of multigenerational teams.

“I’ve worked in several positions with a variety of generational differences, and I can attest that it can be difficult to understand some generational mindsets of others,” says Starks. “I had one coworker who would save everything. To me, it was junk. To her, it was her work lifeline. Being that she was much older than me, I had to reflect on her upbringing and respect her mindset and individual culture. Respect is key. You don’t have to agree with everyone, but you can always be respectful.”

With a culture of respect and open communication, many top employers actually find multigenerational teams to be an asset.

With all the technology of the modern world at their fingertips, much of the advice Loehr suggests to leaders of multigenerational teams centers on good old-fashioned listening. And when communicating, Loehr suggests using the language and means most accessible to each generation.

“I believe that to successfully navigate generational diversity, leaders need to create a culture of open conversations, always be open-minded to different approaches to work, and encourage alignment between various groups,” Pilgrim says.

At the end of the day, while each generation may have its unique strengths, weaknesses and quirks, it’s important for everyone—leaders and emerging leaders alike—to keep the focus on individuals rather than broad generational categories.

“When you think about it, you truly realize and appreciate how leadership is actually a very personal issue,” Starks says. “How you were raised, the people you hang out with, what you’ve experienced in your life—the good, the bad, and the ugly—all determine what type of leader you are. Or better yet, the ones you tend to follow.” W