Omaha Girls Know How to Rock 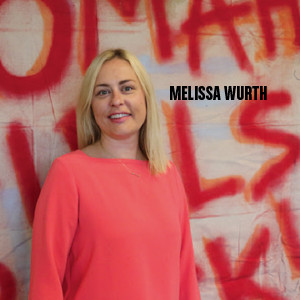 Omaha Girls Rock, a local nonprofit organization that works to give girls confidence through music education and performance, stole the stage this summer with yet another successful program.

Girls from all over the metro rocked out at the Omaha Girls Rock annual summer weeklong day camp held in July. Campers experienced various musical-based workshops developed to cultivate positive self-esteem, acceptance and inclusion. The program’s main message is to encourage and enable confidence, individuality and empowerment in girls.

While music is a major element in the program, it’s not the foundation Omaha Girls Rock is built on—and girls need no previous music experience to attend the camp.

“It is not just a musical-based program; it’s about building confidence and self-esteem in girls through music,” Wurth adds.

Part of a national organization—Girls Rock Camp Alliance—Omaha Girls Rock was founded in 2011 and just wrapped up its third program year. Wurth says the Omaha Girls Rock team hopes to continue spreading its message and increasing integration in the city.

Wurth, a 6th-grade teacher at Paddock Road School in the Westside District, became involved with the organization three years ago, making lunches for the campers. From there she became volunteer director, then operations manager, and now helps lead the program as executive director.

In her current role, she acts as a “spokesperson, applies for and writes grants, and tries to make connections within the city and the community. Local supporters, volunteers and partners—including various musical-based nonprofits, such as Hear Nebraska, Maha Music Festival, Opera Omaha and the Omaha Symphony—continue to help the program thrive.

There were double the number of volunteers this summer compared to last year’s program, as well as “two camps this year, versus one, increased partnerships overall and an increased number of campers,” Wurth says.

Local support has no doubt helped the organization continue to share its message, but the workshops and hands-on experience are what really drive the Omaha Girls Rock message.

At the beginning of each day, girls experience instrument instruction. Midday programs include art-based, creative expression workshops that focus on self-esteem and honoring diversity, Wurth says.

Favorites include band practice and the workshops where the girls are able to express themselves.

“We have great workshops focused on music-based art, like making their own ‘zines’ for their band and creating personalized T-shirts,” Wurth says. “They also love the workshops in which they can share their thoughts through their own song lyrics, which start to take form in the songwriting workshop.”

At the end of each weeklong camp, girls perform their band’s song at a final showcase at a local venue. This year, the first camp session showcase was at the Slowdown on July 19, and the second camp session showcase was held on Aug. 2 at The Waiting Room. Both shows were free and, to help support the Omaha Girls Rock organization, attendees were encouraged to donate a suggested $5.

Once the camp ends, the greatest benefit attendees gain is the Omaha Girls Rock ultimate goal: to provide a support system enabling and encouraging girls to design their own future and realize those designs.

Wurth says the girls experience “that feeling, that element of themselves and honoring where they are right now…knowing that whatever they do or like, and however they are, is OK.”

The name says it all. Omaha girls really do rock.