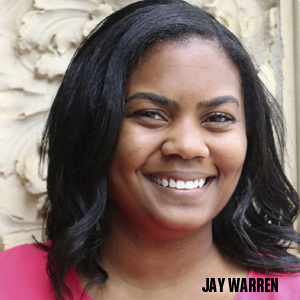 Women’s Fund Circles, launched three years ago, was designed to introduce young female leaders to the Women’s Fund’s work, plus provide opportunities for members to network, interact with established professional women and learn about philanthropy. While still in its infancy, Circles has surpassed expectations, say women who are making it happen.

Jay Warren, United Way of the Midlands director of financial stability and agency relations, was there at the beginning to see the group take root. She has since watched it blossom.

From the start, Warren was impressed with the women the board recruited to launch Circles. “We had the right people at the table to make it happen,” Warren says. “I don’t think any of us really recognized or were appreciative of what we were doing at the time. It was a really cool concept and something unique in Omaha.” While there were professional networks for women established in their careers, Warren says, Circles specifically focuses on young female professionals.

Danielle Crough, senior consultant with Silver-Stone Group, also joined the group as it launched and was so confident of the Circles concept that she is now a steering committee co-chair.

The first couple of years were about figuring out Circles’ identity and what it could be in the community. Members focused on how their group differed from other women’s organizations, Crough says. “We decided that the relationships with each other were extremely important. And right up there, an extreme close second, is that we really care about issues affecting women and children in the community, and we really want to be foot soldiers and advocates for the Women’s Fund.”

Diane Kortus, culture and inclusion manager with ConAgra Foods, is one of the newer members, joining Circles this year.

“Circles is really helping to move the educational voice of the Women’s Fund,” Kortus says. “It seemed like a great avenue for me to not only get more deeply ingrained into the Omaha community to try and influence some of those levers I feel so passionate about, but also to learn from some really great community members.”

Circles follows a progression format, with a goal for first-year members to learn about the mission of the Women’s Fund of Omaha and how they can contribute. In their second year, Circles members focus on cultivating connections and mentoring relationships and actively play a role in the Women’s Fund mission. Third-year members focus on leadership development. Twenty new members were selected for the 2014 class of Women’s Fund Circles last fall, bringing total membership to 62.

“From a personal level, it’s been very impactful with me because I’m not originally from Omaha,” Crough says. Connecting with other women in the community who are going through similar circumstances, both professionally and personally, and building a network and support system has been especially beneficial, she adds.

Warren and Kortus both say they get more from Circles than they give.

“It is such a diverse and rich group of women, it is beneficial for me to just be in their presence,” Warren says. “I almost feel selfish sometimes how much I gain just to be in the room and hear their stories and get their counsel.”

Kortus says it’s advantageous from a professional development standpoint to connect with women from different circles. She speaks highly of the peer mentoring program and how it’s helped her gain a different perspective of Omaha. “I’m a mother of four and I’m married; my peer mentor happens to be divorced and a single mom who works in the retail space, where I work in the corporate space, so it’s just really been enlightening.”

Had Circles been around before its inception in December 2011, Warren says she would have embraced the opportunity to join even earlier in her career. “A lot of the advice I got early in my career was from people who had ‘been there, done that,’ she says. “Being able to get advice from women who are maybe two or three years ahead of me in their career or are in a similar organization or facing similar challenges, it kind of comes from the horse’s mouth a little bit.”

Being a part of Circles has helped Crough, who is originally from Kansas, engage in the Omaha community and understand local women’s issues. “Through Circles members’ connections, I’ve just joined other nonprofit boards, and professionally I now have partnerships and clients that have come from Circles women.”

Even women who are from the area see Omaha with fresh eyes because of Circles’ initiatives and relationships, Kortus says.

“It’s broadened my perspective of what Omaha truly is and the activity that happens here. I feel I have a much deeper understanding of the nonprofit world associated with Omaha, and I have better exposure to community organizations within Omaha, as well as individuals from other corporations,” she says.

Crough agrees. “A word that comes to mind is ‘perspective,’” she says. “I think that Circles members are able to provide each other with that in different ways, because we all are different. Even though we are all of similar age, there are big differences in those stages.” Members work in diverse environments, as entrepreneurs and for nonprofit organizations and corporations. Some have young families, others have teenagers and some are single. Learning from each other’s experiences, confiding in each other and gaining new perspectives also are beneficial, she adds.

As part of the inaugural group, Crough and Warren will see their terms end with the fourth quarter of 2014, but will watch the future of Circles closely from the sidelines.

“I kind of see Circles evolving at the same pace and in the same direction as the Women’s Fund,” Warren says. “It’s been a ball to be involved. I’m excited for five years to hit and be able to go, ‘Oh, my gosh—I was part of that!’”

Membership applications for the 2015 class of Women’s Fund Circles will be available in September, with an October deadline. Circles members are selected for three-year terms based on community involvement, contributions in their workplace and their vision for young women in Omaha. Selected applicants will join members of the 2013 and 2014 classes to make up the 2015 Circles roster.

Application information will be available on the Women’s Fund website at www.omahawomensfund.org and included in monthly email newsletters. Sign up on the website to receive the emails.