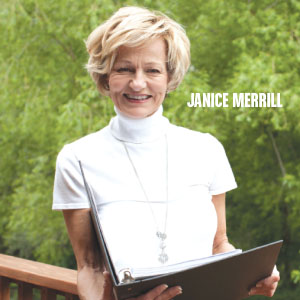 Stepping Back and Asking the Right Questions

So, you’ve been home with your kids 10 years or more. You’ve looked on the Internet to answer that all-consuming, “What’s next?” question, but the surplus of tips for leaping back into the corporate grind debilitates more than motivates. Life coach Janice Merrill, of Janice in Omaha Life Coaching, answers back with a plan that first uncovers what matters to you most. “Anyone can get a job, but you want a job that speaks to your soul in a way that when you get up in the morning you can’t wait to get started because you are so excited about what you do.”

Merrill asserts that parenting is one of the most rewarding careers out there but, “many of us forget how talented and brilliant we are when we are separated from the corporate world.” She helps clients to remember their talents and focus on what is meaningful to them, while uncovering core values.

“It’s a matter of stepping back and asking the right questions about what you want out of a job and what you are willing to do to get what you want,” Merrill says. “Which job will bring you the greatest opportunity to achieve your life intentions? For many women, this is a question of balance between work and personal goals. For others it’s an avenue to bring in the greatest amount of money to get the kids through college.” Some people want to be in a creative environment, others are more interested in social settings and forming professional relationships. “And some people really want the money,” she adds. That was the case in her story initially.

Merrill took a part-time position after being home with her two daughters to pay for the extras like dance classes and lessons and then later, full-time to offset her husband’s job loss. “Luckily I went to work for a woman who understood the trials and tribulations of day care and babysitters,” Merrill says. More recently, Merrill left a 15-year career in pharmaceutical sales, which she says served its purpose, to follow her passion. “I looked at that job and realized that I didn’t want the pressure and didn’t need the income like I used to,” she declares. Her career enabled her to raise her daughters on a single income after divorce. Once her girls finished college, she says she arrived at a point where she had the freedom to make new choices. “So I decided to go do exactly what I wanted, which is life-coaching.” She had mentored 20 or more women over the years in various casual settings and knew that was what she wanted to do. “It is so rewarding to watch these women become everything they always were but had not yet brought into physical reality. They didn’t even know it existed in them,” she says.

The first step is to identify dreams and visions and decide on definite goals after an honest assessment of abilities, experience, talents and desires. “This is where many women I have coached undervalue themselves. They begin listening to that voice in their head that says they have nothing to offer the world of commerce,” Merrill says. She addresses this form of “monkey mind” early on in the coaching process.

“In the playing field of life you have the visionary part of life on one side and the physical reality on the other with a line down the middle that I like to call ‘trouble at the border,’” Merrill explains. A person’s dreams and ideas make up the visionary part of life, while definite goals set the stage for a person’s physical reality. “Dreaming is energizing, exciting, and exhilarating, but when you try to take a vision into reality — BOOM! The density of physical reality is very slow,” Merrill says, her voice slowing and quieting like a battery losing its charge. “The exhilaration fades and that inside negative voice screams: ‘You’re not good enough or smart enough! You didn’t really want to do this! Why are you wasting your time?’” Merrill likens it to Dorothy in the “Wizard of Oz” when she’s about to enter the dark forest and the sign says, “TURN BACK NOW!”

“That’s monkey mind,” she says of those doubts, fears and worries. Merrill helps her clients shine the light of reality on these statements. “We look, see, tell the truth and take authentic action,” she maintains. One simple example is to look at the process of deciding to run a marathon. The first day out on the training trail, a person starting at zero sees how impossible it is and says, “No way, I don’t really want to do this.” Merrill steps in to help look at the facts and assist in discerning if indeed the woman doesn’t want to do it, or if perhaps she took on too much too fast. “Oftentimes the authentic action is really small,” she says. Nobody can go from zero training to 26 miles right out of the gate. You start with walking three miles today, four next week and then running part of the way. “The tricky part is identifying and taking the baby steps,” she says.

The baby steps from home to the corporate world or paid workforce vary for different people, according to Merrill. Some who are financially comfortable with a spouse’s income may have the luxury to experiment with part-time positions and volunteer opportunities to build a resume and expand contacts. Others might benefit from working with a recruiter to expedite the process, which was how Merrill entered her pharmaceutical sales career years ago.

Kathy Johnson, owner of Kathy Johnson Portraits out of Elkhorn, began her reentry into the paid workforce by doing what she loved — which also spoke to her need for flexibility to be available to her school-aged kids. “Photography was always a part of my life,” she says. “I was interested in it as a kid and took classes in high school and college.” Johnson graduated from Iowa State in 1986 with a degree in elementary education and taught first and second grades for seven years. She took a one-year leave of absence to be home with her firstborn, returned to teaching the following year and then decided to stay home long-term. “I liked teaching but it bothered me so much to miss out on taking care of my son,” Johnson says. “I had a hard time doing both well.” With a little budgeting, they were able to make it on her husband’s income alone, she says.

When her son was in second grade and daughter began kindergarten, Johnson found herself looking for a supplemental income and creative outlet. “I was not interested in full-time and it was almost impossible to find a part-time teaching position.” Flexibility was a big priority for her and so she felt forced to look into areas other than teaching. “Photography was easy for me to fall into because it’s always been a natural talent or ability for me,” Johnson says. She took a black-and-white photography class at Metropolitan Community College, and started her business slowly. Friends encouraged her to frame some of her pictures, print business cards and participate in a craft show that an acquaintance was hosting in her home. “Eight people called me from that show and that was the beginning of my business,” she says. She continued studying, taking classes and attending seminars while slowly building her clientele. Two years later, she and her husband built a home in Elkhorn with an in-house studio. “That’s when my business grew by leaps and bounds,” she recalls. “The biggest hurdle after I got busier was to manage my business, my home and my family and just get everything done.” Johnson was able to scale back a bit until both kids were driving, which she says made it easier to juggle everything.

Johnson’s advice to others is to completely search their hearts for what makes them happy. “Go back in an area that interests you or makes your heart feel good and then you can do it for the rest of your life and never feel like you’re working. I honestly don’t really feel like I’m working.”

Merrill echoes that sentiment by encouraging women to start where they are. “It’s not hard. It’s the easiest thing in the world. It only seems so hard because you are here and that goal is way over there. But one small step changes the hologram that is your life.”