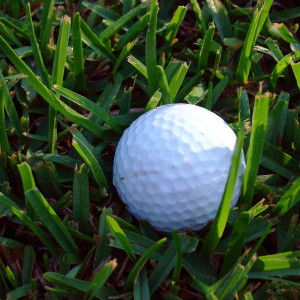 All the good parts of golf (plus fashionable costumes)

Here’s the skinny: I’ve got a good arm, and can toss a golf ball farther than I’m able to drive it. That’s why I propose inventing a new sport called, “Throw,” a spectacular version of un-golf that involves riding around a grassy knoll in a cart with friends. That’s it. Oh, and periodically, players throw a ball of their choice (except for cotton balls, because that would be weird).

Sounds fun, right? It’s all the good parts of golf (plus fashionable costumes), minus the actual game. Throw is awesome!

Intrigued? I thought you might be. Perhaps you’re thinking, “How can I get involved?” or “Is there a league for this?”

Well, my answers are, “You can’t,” and “No.” However, with very little encouragement, I will tell you more.

The deal is this: In addition to failing spectacularly at golf, then quitting the game without a tantrum, headlines, or fanfare, I suspect we could amend one of the world’s most-respected pastimes to fit my less respectable aspirations – aspirations that include a total lack of competitive spirit, and involve concessions for complete nonsense (plus sparkly accessories).

Throw is golf for slackers. Oh, and Throw is noisy, too. No polite calls of “fore” when an errant ball streaks across the Throw-course. Instead, Throw players yell, “Duck and cover!” or “Get down!” or “Agggghh!” Guttural exclamations should be executed with confidence and vigor — the more piercing, the higher the scream-score (and, yes, there will be a scream-score).

Establishing an 18-hole Throw-course means building more compelling hazards than the ponds and sand traps typically found at country clubs. Let’s up the ante with quicksand, lava beds and wave pools. A geyser wouldn’t be bad, either, come to think of it.

Even better, Throw will ensure I slim down to unitard-wearing shape — and who doesn’t want to see that?!

On the other hand, I could just golf with you. Not un-golf-style Throw, but the real, club-toting thing. We could pal around the course, use our pastel-colored tees and say things like, “birdie,” “eagle” and “fore.” Oh, and “par.” We could par like crazy.

After the game, we could relax in our unitards, drink that Arnold Palmer tea-and-lemonade stuff and reminisce about the afternoon while reclining on a quilt, under a cypress tree.

Sad thing is, there are no cypress trees anywhere nearby, and in my world, if there were, they’d totally have been swallowed by quicksand. This means I’ll have to scrap my golf fantasy and wear my tutu to the mall. If you see me there, by all means, yell “Agggghhh” and steer clear. I’ll be carrying clubs.