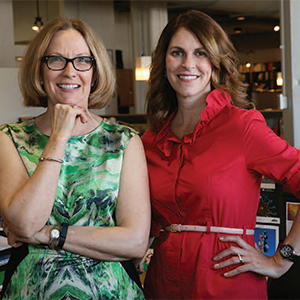 Omaha is rapidly building a reputation as a hub of creative energy in the Midwest due to its vibrant and engaging community art scene. You can nurture your own creativity by enrolling in one of the weekly workshops available at Omaha Creative Institute.

The non-profit organization has been making art accessible to the community since 2008. Led by founding executive director Susan Thomas, the Creative Institute provides Omahans with a space to nurture their artistic dreams through hands-on creative workshops, teambuilding events and artist tools and resources.

Thomas says the group offers a wide variety of visual and performing arts workshops taught by artists. “We always try to have new artists with new mediums to explore. We do everything from beginning ukulele to poetry writing to songwriting to encaustic painting to blacksmithing.”

They have also created wonder and entertainment in the community through their many successful public art projects, which include “Conversations on a Bus,” “Ukulele Hoopla” and “Play Me, I’m Yours,” a public art concept by artist Luke Jerram that showcased street pianos.

“We were the 22nd city in the world to do this. It was really pretty cool,” Thomas says. This project involved artfully decorated pianos located at 10 different locations in the metro area. Local residents called “piano buddies” volunteered their time by covering the pianos at night with plastic to protect them from the elements. A handful of the pianos from the exhibit are in regular use at places like Creighton University, Girls Inc., and the Omaha Conservatory of Music.

Omaha Creative Institute also specializes in corporate team-building. “We did watercolor painting for a group at LinkedIn. Just a couple of weeks ago we did origami for a group at ConAgra,” Thomas says. Human resources departments are often looking to build teamwork among their employees, she says, and creative workshops are a great way to achieve this. “Getting teamwork to happen is mostly getting people to connect with each other.”

Being creative doesn’t come naturally for everyone, including the executive director of the Omaha Creative Institute. In the early days of her tenure, Thomas attended a watercolor workshop. A former Wall Street executive, Thomas hadn’t picked up a paintbrush since the fifth grade. “I was sort of panicked by it,” she recalls. She shared her feelings with her instructor, who quickly put her at ease. “She said, ‘You are the best kind of student because you have no preconceived notions about what you’re going to be doing.’”

Each workshop is taught at beginner level, easing the anxiety for any newbie. “These are really just like a quick dip. Give it a try. There are so many interesting things that you may appreciate seeing or hearing artists do and you even get a better appreciation by seeing what the process is,” Thomas says.

Omaha Creative Institute is located within the sleek studio space of Alley Poyner Macchietto Architecture in the north downtown’s Tip Top building. A large, open floor plan creates a workspace ripe with creativity. The works of local artists line the walls of the Tip Top Building, a place known for its history of creativity and invention dating back to 1916, when Ford Motor Company produced some of the nation’s first automobiles. Later on, the Tip Top Company invented the bobby pin and the pink hair curler, paving the way for a bevy of fetching hairstyles.

Thomas retires this year and plans to try her hand at farm management, taking over the family business from her 92-year-old mother at farms in both Iowa and Nebraska. Thomas hands the reins of executive director over to Emily Moody, who is a physical therapist and mother.

Moody says she plans to raise her daughters in Omaha. “I want to expose them to really amazing things, and we have such a great arts community. Omaha Creative Institute just makes it accessible to everyone.”

“I look forward to collaborating with other organizations to both increase visibility of local artists’ work and to broaden the audience for the arts in all parts of our community,” Moody says.

She says that it’s important to be passionate about the community you live in. “You want to live in a place that values human rights and social justice issues and equality. But if art isn’t a part of that and if you don’t have a foundation or community that appreciates art and acknowledges it or respects artists, then you really can’t expect to have any of those other things either.”