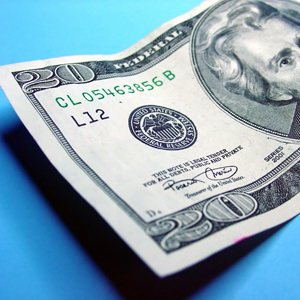 Nearing retirement? Time to get serious about finances

There is certainly no lack of good arguments for planning ahead—well ahead—for retirement.

“Now that we’re living so much longer, people who are retiring at about 65, it’s not unusual for those people to live into their 90s. You can be in retirement from 65 to 95; that’s 30 years. You can be in retirement as many years as you have worked! So that means while you are working, you have to be able to put a plan in place to generate enough income to finance your expenses for 30-plus years,” says Angelia Thomas, CRPC with Leyden, Thomas & Associates, financial advisory practice of Ameriprise Financial Services, Inc. “I have clients that say, ‘I’m going to work until I’m 70’ or ‘I’m never going to retire.’ But the reality of it is that you can reach a point where you want to go to work but you can’t because of health issues.”

Kim Lopez, independent agent/field trainer with Physicians Mutual, agrees. “You don’t know what’s going to happen with your health. You don’t know what’s going to happen with your work. You could even have a farm or a business and it could be gone. Longevity in the family doesn’t mean you’re not going to have an accident. Or you could not even be taking medication one day and then go in for a checkup and find that you have full-blown cancer. You cannot bank on the fact that you’re going to be healthy. You don’t get older and get healthier; your body doesn’t work that way and genetics doesn’t work that way.”

Cathy A. Wyatt, director of educational outreach and long-term care navigation for Financial Visions, LLC, says she sees a lot of unprepared retirees. “This is truly a topic that impacts everybody; we’re all going to age, right? The longer I spend on this side of the fence, the more apparent it becomes that people just are not ready. And then they kick into reactive mode and it becomes a train wreck ready to happen. All of that said, everybody should have a handle on this, and unfortunately the majority don’t.”

The options are limited for those who’ve waited to get started, but there are still options, Wyatt says, and she emphasizes that financial planning is a process, not just a transaction or two.

“Realize this is not a quick fix; it took you a while to get here, so it’s going to take a while to get to where you are going,” she says. “Developing that plan is so critical because there are always going to be setbacks and life-changing events. So you want to make sure you are as far ahead of the curve at every turn because life happens. The more prepared you are today, the better off you’re going to be down the road.”

Disclosing one’s financial records is part of the process, but it doesn’t mean that a financial planner is there to pass judgment on the client’s choices, Wyatt says. Many clients who get a late start are actually relieved to discover that they have more and better options than they had assumed going in.

“I know that people have a really hard time coming in and opening up with a stranger about something as personal as their finances,” Wyatt says. “But as someone who has had to work with families who are in reactive mode because they didn’t think it was necessary or didn’t have the courage or didn’t have that trust—the alternative is not good.”

“Retirement income basically comes from three sources: Social Security; either a pension or a 401(k); and an individual’s savings and IRAs, Roths and other investments,” Thomas says. “What the financial planning process does is make you sit down and take a look at it. Once you determine your expenses, what it takes to run your household, you come over and say ‘How am I going to source that?’”

“Once you get closer to retirement you should have financial planning reviewed every year…you have to make sure that money you have for retirement is going to last,” Lopez says. “You stay in that accumulation stage for a really long time, but once you retire, you’re in a preservation stage.”

A financial plan should be reviewed regularly and may need to be modified when life-changing events occur such as unemployment, natural disasters, contributing to college education or other assistance for children, caring for aged parents, serious illness or incapacitation or death of a spouse.

Thomas, who lost her husband unexpectedly at 52, knows firsthand that life can deliver catastrophes. She emphasizes that with married couples, both parties need to be aware of basic financial information.

“Usually you have one person in the family who is the money person, they pay all the bills and everything. Even if the other party is not paying the bills…they don’t need to know all the details, but they do need to have an idea what’s going on in the financial arena,” Thomas says.

“People should have powers of attorney—their health care and financial—and they should be mapping out their wishes according to what they want,” Wyatt says. “We could be talking about powers of attorney all day, but the bottom line is to make sure that those folks are people we trust and that they’re going to be able to make decisions when you’re unable to.”

“You have to have a good filing system, and you have to keep files on everything. Both spouses need to know—even if only one of them handles it—where the policies are, where the account numbers are. They need to be in a safe place where both spouses have access,” Lopez says.

“You would be amazed at people who end up being widows early or divorced, who come in and we have to pull it together,” Thomas says.

Life insurance is one part of the plan that clearly needs to be in place ahead of time, Lopez says.

“Life insurance plays a big role. You want to make sure if something happens to one of you, you are able to replace that income,” Lopez says. Even if one of the spouses doesn’t work outside the home, she adds, there may be costs of running the household that need to be covered in the future. Plus, life insurance can help with burial costs and end-of-life expenses.

Long-term care coverage is another important part of the financial plan that must be in place in advance of need. The estimates vary based on the source, but there are plenty of professional statistics that support the unfortunate reality that somewhere between 30 and 70 percent of us can expect to eventually spend time in a care facility.

“You need to get long-term care coverage when you’re healthy…and the younger you are, the less expensive it is,” Lopez says. “If you wait until you are unhealthy, you can’t afford it or you may not qualify.”

“We need to see that people are positioned and educated on long-term care. People with that wait-and-see mentality either haven’t been directly impacted by long-term care or they have and just weren’t real tuned in,” Wyatt says. “We’re looking at thousands of dollars per month.”

Those who expect Social Security to take care of them should probably think again, Wyatt adds. She points out that the average payment is only about $1,200 a month, which translates to less than $15,000 per year.

“(Social Security) should just be a percentage of your retirement plan…we depend on it too much,” she says. “It really needs to be a piece of your financial puzzle and those benefits should be reviewed on a regular basis.”

Although it’s common knowledge that earlier is better when it comes to retirement planning, specialists say the situation isn’t necessarily hopeless for those who’ve waited.

“People say ‘I can’t afford to work with a financial advisor, but I really think you can’t afford not to,” Thomas says. “Back when our grandparents did retirement, they depended primarily on Social Security, but the system was set up so that you retired at 65 and by about 70 they expected you to be gone. Well, that’s not happening anymore. And then we went through a phase where the retirement responsibility was with the company you worked for. That was when you worked for a company 20, 30 years and they did some magical formula and then you get a pension for life. But companies are getting away from that now. So now the responsibility falls on you and me as individuals.”

“It is never too late to begin a process of developing a plan before retirement or during retirement. That plan involves gathering and reviewing necessary documents—and those documents include legal documents, investment documents, insurance documents, tax returns and hopefully there’s a budget in there somewhere; that’s a real foundational piece in planning,” Wyatt says. “Once that’s happened, you want to sit down with a professional who’s going to take the time to actually educate you.”