The State of Women in Omaha 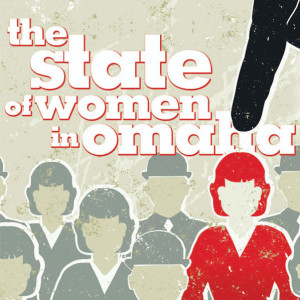 Employment is the most important issue facing Omaha-area women in the next year, according to a survey of nonprofit agency professionals conducted by the Women’s Fund of Omaha. Poverty rated second in importance, followed by financial literacy and domestic violence.

Pregnancy, self-esteem, sexual literacy and poverty were identified as the top issues facing Omaha girls in the next year. A separate study, also released by the Women’s Fund in March, found that women are consistently more likely to have incomes below the poverty line. “How Women Are Doing in Omaha” reveals that 11 percent of the population reported income below the poverty level, and women accounted for 57 percent of this total. The poverty rate for African Americans was nearly four times that of white respondents.

These are just a few of the findings from the study, which looked at multiple data sources to present a picture of women in the Greater Omaha area. Primary source of data for “How Are Women Doing in Omaha?” was the American Community Survey, an annual survey created by the U.S. Census Bureau. The report used the 2007-2009 three-year compilation estimates for the eight-county Omaha Metropolitan Statistical Area.

Feature articles on poverty, employment and financial literacy in this issue of Today’s Omaha Woman delve deeper into the issues identified in the Women’s Fund reports. The complete research reports are available on the Women’s Fund website at www.omahawomensfund.org.