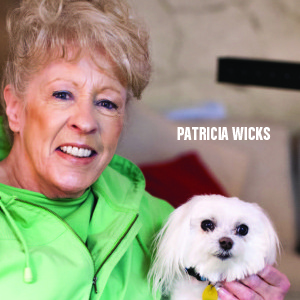 Sometimes what you think and feel about money can drown out what you know. One Omaha woman in her mid-30s is finally finding financial relief by facing emotional lies she didn’t even know she was telling herself. We’ll call her Maggie.

Maggie’s infectious laugh and engaging personality wins the affection of all she meets. Employers and co-workers alike love her. She advances easily in the workplace and to the outside world looks like a successful contributing member of the community. Most acquaintances would never guess that she faces regular threats of eviction, shut-off notices from utility companies, financial lawsuits, wage garnishments and tax levies. She has lost relationships and drained family members with multiple loans that continue to go unpaid. She filed for bankruptcy at age 19, with debt over $30,000, and is now attempting to save the $1,700 needed to file bankruptcy again. This time to ward off debts in excess of $90,000.

Yet saving just that $1,700 was not a possibility for Maggie until this year. At 19 she borrowed the money to file. But times have changed, thanks to the assistance of Patricia Wicks, Ph.D.

Maggie initially went to see Wicks for treatment of an anxiety disorder, but when money troubles continued to come up session after session, Wicks recognized that Maggie’s financial troubles went far deeper than a basic need to learn budgeting skills. She initiated therapy that targets the root causes underlying Maggie’s financial dilemmas.

“I think I have always had a dysfunctional relationship with money,” Maggie says. “The flow of money in my family depended greatly on circumstance.” There were times when both parents worked and cash was abundant — opposite bouts of unemployment when there was barely enough money for food. “You never know when you’re going to have money, so when you have it, you better go get what you want because you may not have an opportunity to down the road,” she says. In Maggie’s family, the only discussion about money was how there wasn’t ever enough. “Nobody ever taught me to save or balance a checkbook,” she says. “We didn’t look into the future. We never saw farther ahead than that day; we dealt with life as it came. So when life happened, which it does, we set ourselves up to be victims of circumstance every time.”

This in-the-moment type of thinking feeds the insatiable immediate gratification monster that has haunted Maggie all of her adult life. “Literally, it’s like you are always on the run, as if you’re a bank robber, trying to stay one step ahead. There’s always someone on your tail.” Maggie ricocheted from one scheme to the next: pawning and selling valuables for cash, multiple payday loans, debt transfers, consolidation, credit counseling and multiple midnight moves for a supposed fresh start. “I have explored and exhausted every possible source and nothing has ever solved my money troubles,” she says.

Thanks to Wicks, Maggie now knows her money problems actually have little to do with money. “The issue is to fix what’s broken on the inside so that I can choose to be empowered by money rather than enslaved by it.”

Wicks believes that people like Maggie — who spend far beyond their means and continuously dig themselves into financial hardship — operate from distorted beliefs that were formed from a significant powerful event, or series of events, early in life. “In therapy, we try to figure out the negative belief or cognitive distortion that goes along with this particular event,” Wicks says. Once identified, clients are led to replace that distorted belief with positive healthy ideas.

“Another key piece to the whole puzzle is to identify triggers that kick the brain into automatic pilot,” Wicks says, adding that habit is an automatic pathway the brain takes without involving the frontal lobe, or the thinking part of the brain. “There are so many destructive habits that just automatically happen throughout the day.”

Wicks encourages clients to take an action that will jar them out of that impulse response, such as telling themselves to stop and wait and asking themselves to make a conscious decision. When temptation threatens to lure Maggie away from her budget, she calls a close friend who has agreed to be her accountability person.

“I am doing things that I don’t really want to do,” Maggie says, regarding budgets and spending choices. “But I’m getting more and more used to the routine.” This month, Maggie has paid her rent in full and on time for the second month in a row and is current on all monthly bills. “This is a big success for me,” she beams. “The only way out is through. You have to be willing enough to just do it for a period of time to feel the benefits of making different choices.”