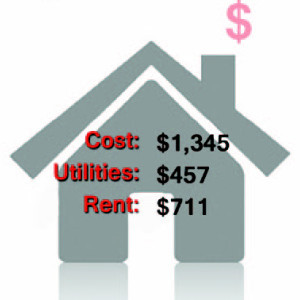 Financial Education Key to Success at All Ages

Finance is a language all its own — and many women either do not speak it or don’t have a very good financial vocabulary.

Alan Greenspan, former Chairman of the U.S. Federal Reserve, once said, “The No. 1 problem in today’s generation and economy is the lack of financial literacy.” Fortunately, many high schools are now more proactive in their efforts to provide students with financial literacy skills, right alongside the more traditional reading, writing and arithmetic. For example, in February 2013 Omaha Public Schools announced the launch of an online financial education project aimed at students, a partnership between education company EverFi and Mutual of Omaha Bank.

But how can a woman who has long since hung up her high school cap and gown improve her financial literacy? The first step is defining the problem and, in turn, the solution.

“I would define financial literacy as having a basic understanding of the time value of money, the relationships between risk and return — and an understanding of both the ability to create a budget and basic banking knowledge,” says Kath Henebry, Ph.D., associate professor, department of finance, banking and real estate, at the University of Nebraska Omaha.

“There is a debate in the field — financial literacy versus financial education,” says Julie Kalkowski, director of the Financial Hope Collaborative (FHC) at Creighton University. “Since many Americans feel somewhat incompetent about their finances, I prefer the term financial education. ‘Literacy’ can imply illiteracy, which can make people feel they are not very bright. Since money is such an emotionally charged topic, implying people are not very smart about money can put people off and that is the last thing you want to do if you are trying to help someone become more financially stable.”

A March 2013 Associated Press (AP) article detailed a partnership between Omaha’s United Way of the Midlands and FHC, which was awarded a $149,000 grant “to provide continued financial education to 180 families headed by single mothers.” The local effort is one of eight financial literacy projects recognized by the Financial Industry Regulatory Authority. According to the AP, FHC’s program assists single mothers making less than $50,000 a year with classroom training in financial education, one-on-one financial coaching for a year, and monthly group meetings.

As the American family and women’s role in society changes, so does individual financial exposure.

“I believe women are more likely to pay the bills so they are more in touch with the financial realities their families face,” Kalkowski says. “Seeing how much money they pay for bills month after month can position women to be more selective about how they spend their hard-earned cash.”

“I do think women often have a better grasp of daily financial issues because it is usually women who take care of household management: what to spend on groceries, what we need to budget for bills,” Henebry says. “I know in many households it is the women who handle the checkbook and bill paying, which is more or less ‘on-the-job training’ in making ends meet.”

Despite higher numbers of women responsible for their own or their families’ day-to-day finances, there is still an issue of a more deep-seeded dissociation between many women and “big picture” financial decisions.

“I do think women are often too short-sighted; focused on daily survival finances and not thinking enough about how long they will live and need income,” Henebry says. “Many women, though they handle the daily finances, leave retirement planning to a spouse. They often fail to realize that they will likely outlive a male spouse and will need to have a longer retirement planned as a result.”

Amy Shaw, director of League Initiatives with the Nebraska Credit Union League, concurs. “I see a pattern that most of the women I know have a good handle on their budgets and everyday expenses,” she says. “I also see a pattern that those same women do not know much about the ins and outs of the mortgages, investments, taxes, etcetera, of the household. While statistically women earn less money than men, in turn they tend to have less involvement in the finances. This doesn’t mean that they are less literate, but perhaps less confident in the handling of the finances. Although times have changed drastically, men often are still the ones carrying the larger retirement and investments in the household.”

Shaw is also president of the Nebraska Financial Education Coalition. “The NFEC is a group of organizations ranging from schools to financial institutions to legal aid, all with the same goal of helping those in our community become financially sound. We work together to provide educational opportunities, as well as various other resources, to reach those of any means,” she says.

Beyond gender, there’s the issue of class. A 2010 article in The Economist titled “Upper Bound” dealt with the harsh reality that upward social mobility in the U.S. isn’t as easy as the notion of the American Dream suggests. According to the article, “Parental income is a better predictor of a child’s future in America than in much of Europe, implying that social mobility (in the U.S.) is less powerful. Different groups of Americans have different levels of opportunity. Those born to the middle class have about an equal chance of moving up or down the income ladder, according to the Economic Mobility Project. But those born to black middle-class families are much more likely than their white counterparts to fall in rank. The children of the rich and poor, meanwhile, are less mobile than the middle class. More than 40 percent of those Americans born in the bottom quintile remain stuck there as adults.”

Henebry agrees. “It is still very difficult to move up from poverty to working class to middle class. It is, alas, much easier to slide the other direction when the economy experiences a downturn and we are not prepared with emergency savings and the ability to budget.”

“In America we generally do not talk about class,” Kalkowski says. “One of the outcomes from our program with single mothers that amazes us is that 20 percent of our graduates have gotten promotions. It seems that once people get their financial house in order, their quality of life significantly improves. We have seen our graduates start to move up the social ladder, which is great, but they still have a ways to go to reach long-term financial security. We need to have an adult conversation about class in our country to find out why more than 50 percent of American households are living paycheck to paycheck. That’s a tough way to live and will undermine our communities in the long run.

Kalkowski was drawn to work in finance by a desire to help poorer people gain control of their financial futures, thus improving entire communities.

“We have to figure out how to help more Americans access the financial mainstream, as the fringe financial service providers are undermining people’s ability to save and to become financially stable,” Kalkowski says. “Most of my life I have worked in very poor communities and people were always having one crisis after the next about not having enough money to cover basic expenses. So, I finally decided to do something to affect the demand side of that equation. These are solvable problems — there are some solutions; we just have to think a bit creatively about how to give more people access to the financial mainstream.”

With this type of creative thinking and determination, along with the right advice and resources, any woman can improve her financial literacy. The best advice on how to do this seems to involve reaching out and researching resources.

“I would recommend [starting] by contacting the Omaha Federal Reserve Branch,” Henebry says. “They will have information on programs in the community, some of which they run, where people can get free financial education. Also, most banks in Omaha will have financial education literature and possibly programs throughout the year, as will schools and universities. But the two best sources to start with would be the Fed and her local bank. Once she has identified a source, she should take the offered programs and read the literature. Reading the financial or business section of the local and/or any major newspaper will also help. As for improving her financial reality, she should start with a budget that includes some savings. She should maximize any tax advantaged retirement savings program she has access to through work, but everyone should also strive to have 3 to 6 months of critical expenses in a savings account for emergencies that is not tied to retirement age limits. A small amount saved regularly over a long time period will actually end up worth more than a larger amount over a short time — that time value of money idea again.”

Shaw’s advice also centers around education. “Advice I would give would be to seek out some of the local resources that might be in her own backyard. Neighborhood churches, financial institutions, community centers … so many of these organizations have monthly meetings on becoming more financially sound. Make an appointment with a financial counselor at a credit union or bank.”

“Most Americans would not be able to tell you how much money they spent last week,” Kalkowsi says. “Our mantra for the Financial Success Program is ‘Cash Flow Is Queen.’ If you know how much money is coming in and how much is going out, you can much more effectively manage your finances. Once you know where your money is going, instead of just knowing it is gone, you can start to make different choices about how you spend your money. Our FSP graduates move from an external sense of control to an internal sense of control — and that makes a huge difference to your quality of life.”

First of all I want to say terrific blog! I had a quick qunceiotwhish I’d like to ask if you don’t mind. I was curious to findout how you center yourself and clear your thoughts prior to writing.I’ve had a tough time clearing my mind in getting my ideas out there. I truly do enjoy writing but it just seems like the first 10 to 15 minutes are usually lost simply just trying to figure out how to begin. Any recommendations or tips? Many thanks!