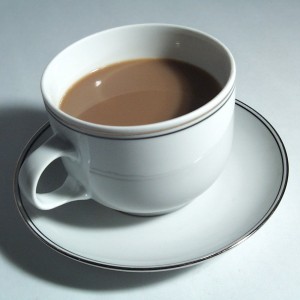 About the time the rest of you were cutting back, starting fresh and resolving to regain positive practices, back in January, I made what I thought would be a simple switch: to start drinking coffee.

I launched this brave beverage endeavor, thanks to a 2012 Journal of New England Medicine article indicating “coffee consumption was inversely associated with total and cause-specific mortality.”

In other words, you java drinkers don’t die at the same rate as us Gatorade-guzzlers or soda sippers. Some research, in fact, points to coffee aficionados living as much as two years longer. Of course, this might be two years longer than squirrels, sequoias or Betty White, but, the data shows coffee equals a lengthy life that includes additional time for, you guessed it, drinking more coffee. Hurrah!

That’s why, back in January, I prepared my first cup of Folgers since graduate school. The problem is, coffee is yucky … not just slightly yucky, but brown-‘n-warm, brackish.

Don’t get me wrong, I know coffee is big business, with marketers noting more than 2.25 million cups worldwide are poured down our collective gullets daily. I’m also aware coffee contributes to the GNP of more countries (let’s hear it for Brazil!) than you can shake a stick (or Starbucks mug) at.

That’s not my point.

My point is, anything from cappuccino to espresso is not only gross, but also social, and I am not. (Social, that is — “gross” is debatable.)

In other words, “Want to grab a cup of coffee” is an acceptable social inquiry — unlike inviting someone to, say, help organize your hair collection or watch reruns of “Who’s the Boss.” That’s weird. Really weird. Honestly, some things you should just keep to yourself.

Drinking coffee also ruins my lifetime maxim of, “If you ask me to coffee, I either better like you, or like coffee; and I already don’t like coffee.” I am a friendly sort, yes?

Given my coffee experiment (which I have abandoned as both frustrating and ridiculous) I found even eight International Delight French Vanilla creamers could not make a cup of coffee tolerable.

My suggestion: Simply drink the creamer. This, of course, is not the easiest undertaking, especially if you’re planted by the office coffee machine.

In fact, creamer consumption can be a bit unnerving to your colleagues. Try winking and bellowing, “Here’s to ya!” if one of your co-workers walks by while you’re throwing back a French Vanilla or two. I’m pretty sure this will build camaraderie. Also, it will definitely ensure no one asks you to coffee. Whew!

This means that those of you who rub elbows at a coffee-and-meat soiree might be compromising your health. However, you folks more inclined to gather for meat and creamer? That’s an entirely different party, one for which I’ll await your invitation.