Paying it Forward by Mentoring Others 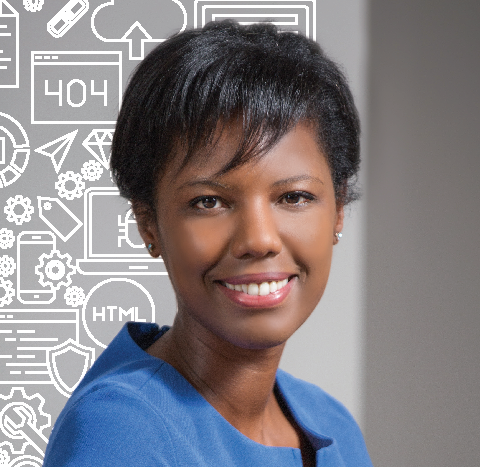 Shonna Dorsey, vice president of community engagement, marketing and member services at AIM Institute, found her passion for tech at Omaha North High School. “At Omaha North in the ‘90s, there was a very strong focus on technology and engineering, so it was just always around me,” she says.

Dorsey earned a Bachelor of Science degree in 2003 and a Master’s degree in Management Information Systems in 2010, both from the University of Nebraska Omaha. “What keeps me in tech is that I like to create opportunity for others,” she says. “I’m never going to be the best programmer out there and I don’t have any aspirations to become that person, but I do love connecting people with opportunities. That is the greatest satisfaction in my life. Tech is a great way to help people change their circumstances.”

In 2013, Dorsey partnered with Dundee Venture Capital’s Mark Hasebroock and several others to start Interface Web School, a boot camp-type web developer and programmer training school to help people build the skills to begin careers in tech. “We support people who want to transition into tech and companies who have the capacity to onboard junior tech talent,” Dorsey explains.

Initially, the group targeted start-ups but transitioned into supporting larger companies in need of tech talent. “First National Bank was a key partner in that first year,” she says. Interface Web School was acquired by AIM Institute in January of this year. “With the AIM acquisition, Interface School has a lot more infrastructure and support, which we did not have for three years because I was running Interface with interns and contractors by myself,” Dorsey says.

“This gives us the capacity to do more and the ability to scale.” Now Interface is one program in a larger organization that has a sales team, a marketing team, human resources, accounting and all these different components to support its operations.” In terms of intentional direction in her career, Dorsey credits her success to being open to the next opportunity as it unfolds. “It’s still unfolding and it will until the end of my career,” she says.

She just transitioned from running Interface’s daily operations as vice president of tech education to her current role managing AIM’s sales team, marketing team and community engagement initiatives. “My main goal is to continue to unify the overall sales and marketing efforts for the organization. AIM has a lot of products and services, some of which are not real closely tied together. We are focused on tech education and professional development in the communities we serve. I love challenges; it’s going to be fun.”

On paper Dorsey’s success may appear seamless, but her career in technology hasn’t been without struggle. “There were challenges, definitely, early in my career,” she says. “I’m a woman but I’m also African American, which adds another layer of challenges.” While women make up only 25 percent of the tech workforce, the National Center for Women and Information Technology reports that only 3 percent of women in tech are African American. “So I didn’t feel that I had a lot of people I could go to who would understand my perspective,” she says.

One of Dorsey’s mentors, a senior project manager, empowered her to set boundaries with male co-workers who were behaving inappropriately. “She was a 38-year-old woman—my age now—and she was so wise,” Dorsey says. “Having someone else step up and validate you and make you feel like you have worth is extremely important, especially when you are in a challenging work environment, which tech was for me at the time.”

Dorsey pays that forward by encouraging other women in the same way. “As a black woman, I am aware, seriously, that gender and race bias is an issue,” she says. But when mentoring, “I try to help people focus on people’s strengths and leverage those strengths in the workplace and in their personal lives. Let’s focus on strengths and talents and manage those [bias] issues as they come up. I don’t ignore them because they are relevant and they matter but at the end of the day we all have work to do and we all want to work with the best, so how can we be the best at what we do?”

When Interface was still in its infancy, Dorsey faced another challenge. She was the victim of a domestic assault by an ex-boyfriend. It took a year and three months from the time of the event for the final verdict to be reached. “I remember thinking to myself when I was going through all of that, I was so fortunate to be self-sufficient and not dependent on that relationship. There are people in violent relationships who cannot leave because they are financially dependent on their partner,” Dorsey says. She recognized that what he did was wrong, went to the police and followed through by pressing charges and persevering throughout the long tedious legal process.

“It was a difficult process, but I would do it all over again if it helps someone else out of the same or worse fate,” she reflects. This experience intensified Dorsey’s determination to encourage girls to love themselves and also be loving of others and find ways to be self-sufficient and confident. “On the adult tech education side of things it’s all about helping people to become financially independent so that if they are in these types of situations it will be easier to move on and take care of themselves and their families,” she says.

Dorsey continues to pay it forward by empowering others through tech education and mentoring. She also volunteers at the Women’s Center For Advancement and serves on the board. She supports Omaha Girls Who Code, and is a member of the executive board of Omaha Girls Rock. W