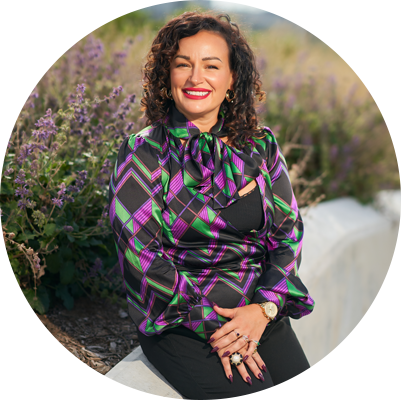 Strength Training in the Nebraska Legislature

Nebraska State Senator Jen Day is a strong woman in every sense of the word. From weightlifting reps in the gym to representing her constituents in the unicameral, she brings her trademark power into every room she enters.

“It’s exciting to be able to represent your neighbors and an area where you grew up,” Day says. She attended Papillion/La Vista High School as a teen and has lived in the Chalco area for the past 10 years.

Around 2010, Day got involved in activism and advocacy but felt the gnawing urge to do something more substantive when it came to public policy. A decade later, after earning her B.S. in political science at UNO, she was disappointed with her state representative and decided to be the change by running for office. Day says she didn’t initially even expect to win but thought she could change the conversation in her district just by running. She accomplished that and then some after her win, with policy priorities that focus mainly on education, child welfare, accessibility, women’s rights and gender equity, and the intersection of those areas.

“My priority bill in my first session was the Seizure Safe Schools Act (LB 639),” Day says. “Through the hearing process, I met so many families with kids who had their first seizures inside a school. I started to learn how ill-equipped a lot of area schools, teachers and school personnel were in terms of recognizing the signs of seizures and being able to handle them appropriately to mitigate any potential damage from having the seizure.”

Day says much of her legislative work has also focused on pushing back on legislation she and her constituents did not agree with.

“Sometimes we see passing legislation as the only real positive that comes from being a policymaker. But a lot of great things happen when you can stop bad bills from getting through,” she says.

Much of the early work that Day did in activism and advocacy centered on improving the lives of women and girls in Nebraska. She says that theme is still at the core of everything she does.

“If women and girls don’t have access to quality healthcare and don’t have bodily autonomy, if they can’t get a quality education, or are not getting equal pay, then anything else they could do in their lives is hampered by that,” Day says. “Those are the fundamental underpinnings of everything else we do in life—basic things we should be able to count on just as human beings that live in Nebraska. So these issues are the undercurrent of all of the work I do in the legislature.”

“My priority is to ensure that everybody in Nebraska has equal access to safe, affordable healthcare, whatever that might mean for them, and regardless of gender,” she says. “When it comes to reproductive rights, we’ve seen bills in the Nebraska legislature for many sessions—year after year after year—including really bad bills this past session that we did stop. But some [bills] have passed and some have chipped away at equitable access to healthcare for people who have a uterus, and I would like to push back against that.”

To Day that means more proactive work to protect access to healthcare in Nebraska, including a more offensive approach to counter the layers of restrictions and elimination of funding that have slowly accumulated over the years. While some policy makers talk about how they believe Nebraskans overwhelmingly favor further restricting abortion rights, Day doesn’t believe that characterization at all.

“It wasn’t true when I had these conversations before I was a policymaker and it’s not true when I have these conversations now,” she says. “In fact, I hear a lot of the opposite. Many people who work in medicine and many others in general are really worried about access to care, the quality of the care that can be provided, and the potential ramifications of further restrictions. I’ve had conversations with physicians who discuss the issue with colleagues in states where trigger bans have gone into place, and they talk about how damaging [these bans are] to the practice of medicine itself. We’re fortunate in Nebraska that we don’t have a trigger ban right now, because we’re starting to see the effects of those trigger bans and extremely restrictive bills in other states. It’s going in a very negative direction and people are seeing that.

Getting to stand up against such bills is a positive for Day because of her own convictions, but also because she receives feedback that the majority of her constituents believe she’s doing the right thing.

“It’s interesting to hear the contrast between what some lawmakers will tell you about what the public thinks and what the public really thinks, because often they don’t match up at all,” she says.

Day is very enthusiastic about other women running for office to help better reflect the voice of the people and bring their unique voices and experiences into the halls of power.

“Getting more women involved in this process and in government is key to making sure that Nebraska goes in the right direction for everybody,” she says. “We need better representation in this state so badly. Women are still very underrepresented in the legislature, particularly women of color. If you’re not sitting in that room and your voice is not represented, other people are making decisions about your life on your behalf. I’d tell every woman who was even considering it: ‘You are absolutely qualified for the position and I’m happy to help you in any way.’”

When Day was considering running, she watched other women candidates and policymakers and learned from them. Another senator advised her to watch the legislature on Nebraska Public Media. She now advises the same approach to help women combat the tendency to think of themselves as unqualified to run for office.

“Just sit, watch and listen, and you’ll realize in moments that you’re more than qualified to be there and they need you desperately in that room,” Day says.

Another strength of Day’s is that she’s neurodivergent. This has, at times, added an additional challenge for her but also contributes another important perspective and presence in the legislature. She wants other neurodivergent folks to know their identity as such shouldn’t make them feel like they’re not equipped to run for office or achieve any other goals that are important to them.

“Being neurodivergent creates a really special perspective that other people may not have, and you can bring that to the table as an important piece of policymaking,” she says.

In addition to the strength she has shown as a candidate and policymaker, Day has conquered another realm many women often feel unqualified to enter: competitive weightlifting. The former cheerleader, gymnast and marathon and triathlon competitor got started with functional fitness and barbell lifting in her mid-20s.

“I fell in love with the fact that barbell lifting and strength training as a woman was the first time I came to a form of exercise that wasn’t about making myself smaller,” Day says. “It was about being as strong as you could and sometimes intentionally putting on weight. That was very new for me, because I grew up in a world where women are always taught to be trim, slim, tiny, smaller—the smaller you could make yourself the better. So I really liked the idea that this was a sport where you were encouraged to take up space physically.”

Day, who was 2016 president of the Nebraska Local Weightlifting Committee, says the sport taught her confidence that expanded into her career, relationships and other areas of her life. She began coaching others as well, which she loved.

“It was always a goal of mine to especially get more women involved in strength training, barbell training, weightlifting and powerlifting because of the way it changes your perspective about your body and, again, lets you take up physical space and get stronger in every aspect of your life,” Day says.

Her passion also became a business with Artis Strength and Fitness, which Day co-owned with her husband Jonathan, with whom she shares sons Canyon, 14, and Noah, 10. They sold the business in October 2021 so Day could focus full time, year-round on her work in the legislature and her family.

Day says she’s grateful to be part of a strong, supportive network of Nebraska women who inspire and uplift one another. She says the list is endless but mentions a few women who’ve been particularly impactful in her life.

“I mentioned earlier watching other local women run for office and the first one that always comes to mind for me is Megan Hunt,” Day says. “I’m inspired by her confidence and boldness, and I strive to be more like Megan all the time. And there are so many other incredible women I work with and know through advocacy: Senator Wendy DeBoer, Senator Machaela Cavanaugh, and Jody Neathery-Castro—through talking to her I made the decision to go back to school and get a B.S. in political science. There are just so many wonderful women in Nebraska. It’s a wonderful community to be a part of and I admire them all so much.”