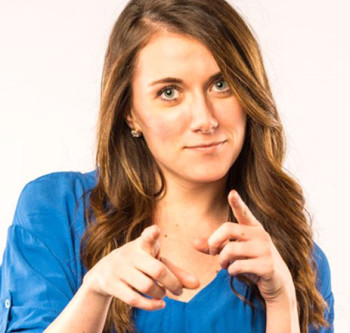 By Jill Bruckner and Anna Lynch

A lot can happen in 21 years, including a daughter growing up, and stepping up, to pen a humor column—in this case, her mom’s. That’s right, after more than two decades of Jill’s Last Laugh, it really is well, my “last laugh.” But here’s what will make it my best: I’m passing the pencil (in lieu of a baton, which would imply I know something relevant about sports analogies) to the highly humorous Anna Lynch, my eldest daughter.

You’ll like Anna and, in just a few paragraphs, you’ll hear from her. Anna is a middle child, more talented than 10 of me, and a curator of comedy. She’s also the person to offer you the last piece of pie, because she’s seen that I’ve already poked down two (or four) hearty slices, leaving crumbs for her, and, at best, crust for you. She’s polite. I’m hungry.

As you’ll soon discover, Anna and I are equal parts alike and different. For example, I thought my full name was “Stop-It-Jill,” until I was in kindergarten, when the weirdly presumptive teacher shortened my moniker to “Jill” for about a day, then introduced an entire series of palm-waving hand signals accompanied by a slew of new names for me, such as “Jill-Stop-Talking,” “Jill-Turn-Around” and “Jill-That’s-Not-Funny.” Just for the record, everyone is funny in kindergarten. Everyone, and especially “Jill-That’s-Not-Funny.”

Anna, on the other hand, was sage from the start, interrupted almost never and had a keen sense of humor that was as entertaining as it was engaging. She’s still witty and charming, of course, unless pie-eating, Jill-Stop-Talking is around, which allows her very little space to stretch her creative wings. I’m handing Last Laugh to her because she can’t fly unless I step aside. It’s her first laugh with you, and I know you’ll love her.

Yes, it is I, the favorite eldest daughter of Jill. I’m super funny and, clearly, extremely humble. It’s a bit surreal taking charge of the city’s only female-led humor column, let alone your mother’s. The image of my mom (floofy ‘90s hair included) perched in front of a Windows ’98 (sigh, today’s children will never know the glory of dial-up) writing Last Laugh will be forever cemented in my noggin.

Now, I sit in front of a tablet (halleluiah, high-speed Internet) doing the same, sans ‘90s hair, of course. Not once would I have ever imagined I’d have the opportunity to fill her shoes. Luckily, we wear the same shoe size, as the passing of this pen makes just as much sense as a woman for president. Can Ellen DeGeneres just run already? Jill’s not wrong when she mentions we’re alike, yet different. Depending on who you ask, some might suggest the apple doesn’t fall far from the tree.

Others might say that apple was oh, so carefully picked, then catapulted into the nearest orchard three states over. One thing that didn’t fall far from the tree? Humor. We each have a distinct flavor when it comes to funny. Speaking of flavor, don’t worry, I did inherit the food analogies. I use them for everything. Why? Because food is the one constant in my life that has always made me happy. I’m not talking about shoveling copious amounts of Ben & Jerry’s Ice Cream into my face-hole after a bad break-up while sporting cute, matching pajamas rom-com style. I’m talking about shoveling Ben & Jerry’s Ice Cream into my face-hole simply because I feel like it. Who needs a reason?

Food is my friend, always. Of course, if Stop-It-Jill is within a 5-mile radius I’ll have to leave that coveted container of Ben & Jerry’s unopened for her to dig into first. Why? Well, it’s really the least I could do. After all, she did give me the “funny gene” (definitely not science). Oh, and she did birth me (definitely science). W