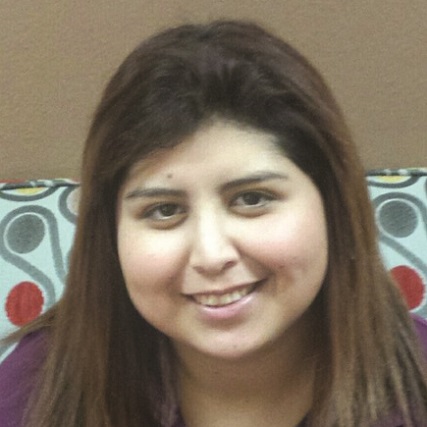 Sexual Assault Victim Forced to Co-Parent with Her Perpetrator

It defies common sense: A young Norfolk woman, raped at age 18, is mandated by law to grant visitation to the man who assaulted her and fathered her child.

Six years later Noemi, now 24 and an elementary school food services manager, fiercely advocates for the sake of her 5-year-old daughter Isabelle, who was conceived through rape when Noemi was a high school senior.

Currently, Nebraska law does not strip custody or visitation rights from those convicted of second and third-degree sexual assault. Noemi wants to change that, not only for her and her daughter, but for other women and children.

“I don’t want anybody else to go through what I’ve been going through,” she says. “I don’t wish that for anyone, not even on my worst enemy. Nobody should go through something like this.”

Visitation days are hard for Noemi. Every other weekend on Saturdays, in abidance with the law, she must send her daughter to be alone with her rapist from 9 a.m. to 7 p.m. Isabelle also has visits every other Tuesday. Noemi always makes a plan for the day to distract from the harsh reality and help the hours go by faster.

Noemi has testified twice at Nebraska legislative committee hearings. “I went advocating for my daughter,” she says. “The choice to keep an innocent child should not give the rapist any right or privilege to be in the child’s life. I have had to deal with the feeling of being bullied and controlled by the rapist,” she said in her 2015 testimony in support of Legislative Bill 358, which would change paternity provisions for a child conceived as a result of sexual assault. While LB358 did not pass into law, the issue is being taken back up this legislative session in LB188, which was introduced by Senator Sara Howard, District 9. As of April 2016, the bill was indefinitely postponed.

Liane Bode, Noemi’s counselor and co-advocate, says currently there is no research on the parenting abilities of a rapist. Bode, a licensed independent mental health provider and doctoral student at the University of South Dakota, is working on a qualitative study on rape conceived individuals for her dissertation. “This research is to give a voice to rape conceived individuals as a way to share what they believe is in their best interest,” she says.

Bode wants to let Nebraska senators know that they can no longer be bystanders and not step in. “I would assume that if they were a first-hand witness to somebody being raped, that they would stop it.”

In Nebraska, young Isabelle’s voice is not old enough to matter in court. Noemi says her daughter complains that she does not want to go on visits, and Noemi is concerned about the level of supervision. Isabelle told her mother that one of the father’s family members is “mean” to her, but little Isabelle’s reports were not strong enough for a protection order against this relative. “There is a concern of well-being while she is there,” Bode says. “She doesn’t know what type of supervision her daughter is receiving.”

Being an advocate has given Noemi a purpose. “Honestly, this has motivated me a lot. Just knowing that I’m going to help somebody else has made me want to do this. One of my strengths right now is that I get to do this and it is something I look forward to. Once you get past all the bad stuff, you have to find strength from yourself, too. You think, OK, am I going to be depressed for the rest of my life and be mad, or am I going to try and help other people?”

According to a 2012 Criminal Victimization study by the U.S. Department of Justice, written by Jennifer Truman, Ph.D., Lynn Langton, Ph.D., and Michael Planty, Ph.D., an estimated 346,830 women in the U.S. were raped and 17,342 of these women became pregnant as a result of rape. Bode and Noemi are working together to make a difference for victims like these. Bode says that her ethical guidelines as a counselor make it very clear that she is to be an agent for social change. “We are to advocate for clients to remove all social barriers, and I take that very seriously.”

Noemi’s experience post-incident is considered by some to be revictimization or “second-rape.” Second rape is defined by researchers Rebecca Campbell and Sheela Raja from the University of Illinois as “behaviors and attitudes of social service providers that are victim-blaming and insensitive.”

“When states do not put laws in place that allow a woman to terminate the parental rights of the rapist over their rape-conceived children, the state becomes an agent of second rape. Many individuals believe in the raped woman stereotypes, which also perpetuates second rape,” Bode says.

Moriah Silver’s September 2014 article “The Second Rape: Legal Options for Rape Survivors to Terminate Parental Rights” published in The Family Law Quarterly, defines second rape as “…a phrase that describes the experience of rape survivors who are denied protection and support from their communities that leaves them feeling blamed, doubted and re-victimized.” Silver expanded the definition to include that second rape is also the harm and secondary trauma caused by state laws, legislation and policy that “by omission allow the rapist to use parental rights to continue to abuse their victims.”

Noemi suffered from post-traumatic stress disorder because of her incident and had a difficult time managing things. “I was really scared and nervous. I was depressed kind of too and had a lot going on.”

Noemi described obtaining legal services for her daughter from a court-appointed “guardian ad litem”—a professional who investigates solutions that might be in the best interests of the child.

“We went to this attorney…for the well-being of my daughter. He took me into a room by myself and asked me to tell him what happened that night,” Noemi says. The lawyer had obtained a list of guys’ names from Noemi’s rapist. “He was questioning me as to what type of sex I had done with each of the guys on the list. He asked me if I knew what each kind of sex meant.”

Bode says this is a type of revictimization. “Questioning her sexual history had nothing to do with his role. She’s been through so much. Those are victimization efforts,” she says.

Noemi also endured a battle from her rapist’s lawyer, who tried to subpoena her medical file from Bode in an attempt to prove her an unfit mother. Bode risked contempt of court charges when she stood up to the lawyer and refused to hand over the file.

SURROUNDED BY SUPPORT: AN ADVOCACY TEAM

Thankfully, Noemi has a great deal of family support. Her mother Rosa moved to the United States from Mexico as a young woman, and her grandfather was the preacher at the Norfolk Church of Christ for many years. “I try to support my three girls and all they want and all they go through in their life,” Rosa says. “When Noemi was pregnant, she wanted to abort the baby but I told her, ‘We are Christians, so you can have the baby and give up for adoption if you want.’ I was hoping that when she heard the heartbeat of the baby, that she wanted to have the baby and that’s how it happened.”

Rosa says dealing with the custody arrangement is hard. “Sometime Isabelle does not want to go on the visit. Noemi feels like she can’t do anything. The only thing I can do is support my daughter and try to help her at least a little bit.”

After meeting Bode for counseling on the advice of her lawyer, Bode and Noemi have formed a bond that revolves around getting the bill passed to change custody laws of rapists. “We are advocacy partners now,” Bode says. “There are times we’re not real popular because we’re feisty.”

“My friends ask me, ‘What do you do with your counselor? What does she tell you?’ I say, ‘We work on passing the bill,” Noemi says, laughing.

Noemi’s story was featured on CNN’s “This is Life with Ling” this past fall, and Lisa Ling also introduced Noemi to attendees of the Women’s Fund annual luncheon in October.

Bode explains that because of the lack of laws to protect Noemi and her baby in Nebraska, Noemi started to feel like her story didn’t matter. “Ever since CNN and Lisa Ling’s story came out, she started thinking, ‘My story does matter.’ She started walking a little stronger,” Bode says. W