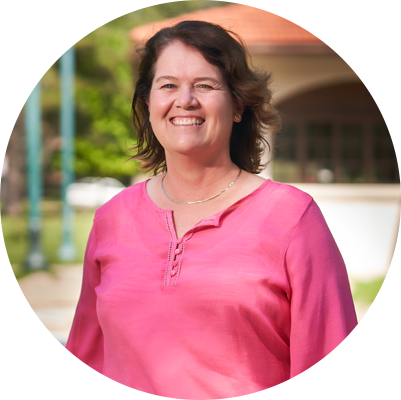 Taking a Stand for Nebraska Patients and Physicians

Maureen Boyle, M.D., has a strong mind for science and a compassionate heart for patient care. This makes her the type of physician patients love— someone who will treat them with science-based, medically accurate advice alongside dignity, compassion and kindness.

Now, in the wake of the Supreme Court’s 2022’s Dobbs vs. Jackson Women’s Health Organization decision, and in the face of efforts in the Nebraska Legislature to pass restrictive healthcare laws for people with the capacity for pregnancy, Boyle is sharing her strengths with every Nebraskan through her advocacy efforts.

Before medical school Boyle, who specializes in obstetrics and gynecology, earned her business degree, with a minor in finance, and worked as a bank auditor. While these may seem like divergent paths, Boyle says there’s much overlap.

“The thought process is the same,” she says. “Whether you’re an auditor or seeing a patient, the first thing you do is talk to people. Based on the information they share, the objective findings, and using my background to analyze everything, I can find out what’s happening and make a plan to make it better. As a physician, it’s so impactful on a very individual, human-being level, and that’s the joy I get out of it.”

Boyle also represents District 5 on the Douglas County Board of Commissioners, where she uses the same skill set.

“Listening, really listening, is the key to everything,” she says. “Most of the time, people just want to be listened to, to get their point across, and sometimes the smartest thing I can do is just sit back and listen.”

Recently, Boyle’s been listening to and problem-solving with her fellow physicians in obstetrics, gynecology, and endocrinology. As doctors in these areas, they understand more than most the cost of reproductive injustice, health inequities for people with uteruses, and restrictive abortion bans.

In spring 2022, amid efforts in the Nebraska Legislature to pass a trigger abortion ban, Boyle rallied fellow physicians to speak with state senators. They wanted to make clear that the proposed ban would impact more patients and doctors than intended, as well as the sanctity of the doctor-patient relationship.

“This [would have impacted] how we deal with a patient in the emergency room or a patient who’s really early pregnant and we can’t determine the pregnancy location,” Boyle says. “We made that clear, and subsequently they didn’t pass the trigger bill.”

In June 2022, knowing the leaked Dobbs decision would most certainly become law, Boyle and seven other physicians joined forces to create Campaign for a Healthy Nebraska.

“We knew Roe [v. Wade] would be overturned. But when it happened, it was still a stab to the heart,” Boyle says. “We had to be the ones to get the right information out there. If we, as experts in the field, don’t stand up for our patients, who will?”

Campaign for a Healthy Nebraska is an issue-based PAC “established by local female physicians committed to supporting and providing obstetrical and gynecological health care to the people of Nebraska.” Its goal is to empower Nebraskans with a greater understanding of reproductive medicine, aiming to ultimately “provide and protect unfettered access to all aspects of reproductive health care.”

“This is not a political issue in our eyes,” Boyle says. “It’s a physician-patient relationship and patient safety issue. When we’re following the standard of care set forth in medical practice, it just so happens that sometimes how the state is defining abortion is necessary in order to care for our patients. I want to stress, it’s how the state defines it, not how we define it.”

Boyle says the Campaign for a Healthy Nebraska team was thrilled to learn there wouldn’t be a special, summer 2022 Nebraska legislative session, which would’ve considered another restrictive abortion and healthcare policy. The group continues to raise money to support their cause and educate the public on patient protection.

“Again, this is not political. You can call yourself pro-choice or pro-life, but the bottom line is we take care of you regardless. We don’t care what your political affiliation is. We just know we’re doing the right thing by medicine,” Boyle says.

For clinicians like Boyle and many others, having to choose between obeying their oath and freedom from prosecution is another major issue.

“I never want to find myself trying to decide if I should wait until a patient is so sick she’s about to die or be worried about myself being charged with a felony,” Boyle says. “To have that hanging over our heads—a malpractice suit vs. a felony—is essentially a bullying tactic and it’s a lose lose for the doctor and patient.”