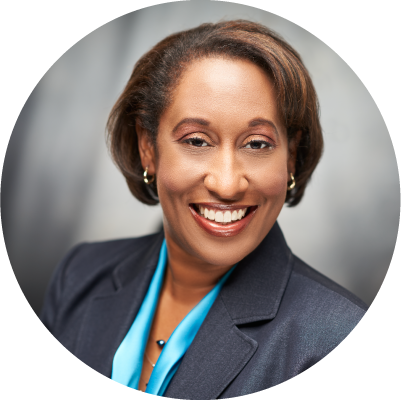 A Passion for Social Justice

Jo Giles didn’t necessarily set out to one day lead a dynamic women’s organization like the Women’s Fund of Omaha. But she realized a long time ago that sometimes, life just takes you where you need to be.

Giles started her career as a journalist, and in 2003 a job with KPTM as a reporter and anchor brought her to Omaha. From there her career path led to positions in public relations and strategic communications. Then one day, she bought a pair of Toms shoes, and had an epiphany. “I’m a check-the-box kind of person, and this was a period of time when I was checking a lot of boxes,” Giles says.

“My first pair of Toms shoes said, ‘The journey is the destination,’ and that got me thinking about my career.”

Maybe, she thought, she should open herself up to other opportunities and enjoy the journey.

Since then, she has worked as Outreach Director for Open Sky Policy Institute, and as Policy and Training Director for the Coalition for A Strong Nebraska, a grant-funded initiative that is anti-poverty focused.

Her passion for her work at both organizations made perfect sense because, as a reporter, Giles had loved covering government. “The decisions made by local government impacts all of us, but people don’t always realize that,” she says, and oftentimes they wait until it’s too late to get involved. “For example, when they want to build a Walmart and people come to a meeting to say they don’t want it—well, the groundwork for that was laid a long time ago and at this point there isn’t a lot those elected officials can do. It’s important to pay attention to what’s going on locally and speak up.”

In 2020, Giles took her advocacy work to a whole new level when she ran for Douglas County Commissioner. Although her bid was unsuccessful, she says the campaign was a great experience. “I felt compelled to run for public office because I felt my background could be helpful,” she says. “I was disappointed in the outcome but am now thrilled because it led to an amazing opportunity that aligns with my personal values.”

The Women’s Fund of Omaha Board of Directors hired Giles as the organization’s executive director in April, and she started the job May 3. She couldn’t be more excited. “I’ve had a unique professional journey, and I really believe that all of my gained experiences and skills—along with my passion for social justice work—have brought me to this moment.”

Giles was already familiar with the organization before she applied for the position. “I’ve been crushing on the Women’s Fund since I knew it existed,” she says. “Over the years, I’ve had the unique opportunity to partner with several staff from the Women’s Fund of Omaha and support its core strategies related to research, community grants and policy advocacy to ensure women and girls reach their full potential. I already had a baseline understanding of the organization’s mission.”

In addition to juggling her demanding new position, Giles serves on three boards of directors—Omaha Public Library Foundation, Nebraska Journalism Trust (which recently launched Flatwater Free Press) and Omaha Public Radio (KIOS). She’s also Mom to 11-year-old Gavin and is married to Greg Galbreath, an architect who specializes in early childhood education. She met Greg in college, at Washington University in St. Louis, but grew up in Florida.

Although not a native Omahan, Giles has definitely developed a fondness for the city. “The thing about Omaha is, you come here, and you don’t leave,” she says. “I’ve learned it’s small enough to feel like you can get involved in the areas you are interested in, and you can actually make an impact. That’s very special.”

She’s also a super fan when it comes to the work the Women’s Fund is doing. “I’m really excited about the intersectionality of our work right now—race and gender, COVID’s impact on women and girls, what recovery looks like, how we can create a community that works better for our girls, supporting older women who paved the way and broke the glass ceilings to get us where we are today, freedom from violence and sexual health. All of these movements are related. And because our work is at the intersection of all of these areas, we have to do all of them at the same time. This is our biggest challenge and also our greatest gift.”

Looking ahead, Giles hopes to see more policies supporting women’s ability to be producers in the workplace but also balance their lives—whether that’s family or their personal interests.

“The pandemic has shown that we can still be productive while achieving that balance,” she says. “I really hope what we have learned becomes standardized.”

The Women’s Fund is working on this and so many other issues, she says, and “it’s important for us to seize this moment. People look to the Women’s Fund for research, solutions and systems change, and we’re very conscious of the role we are playing as a convener. We are looking at where we can take these moments and lead with clarity, compassion and inclusivity.”