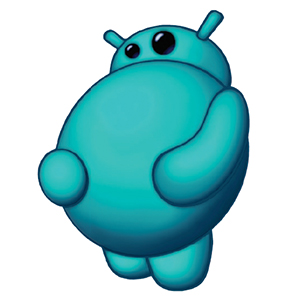 There’s nothing like the feeling of success that accompanies completing a triathlon; and I do mean “nothing,” because I’ve never even attempted a threepronged fi tness regimen that involves running, biking and swimming. Some days, I’m so fi ercely multitasking that I can’t even complete a sentence.

Sure, if I worked hard enough I could challenge myself with feats of athletic prowess, followed by feelings of accomplishment. But I get that same “atta-girl” sensation from a fi ve-minute Pop Tart lunch break, responding to 20 emails and wrapping up an on-deadline project— all in under thirty minutes. Bam! Triathlon.

The truth is (because I don’t actually say “Bam,” I pretty much just eat another Pop Tart), I’m not physically fi t. I don’t want to be. I don’t even feign fi tness, because then, I’d have to stop poking down the Ring Dings and buy one of those weird Fitbit thingys.

You know what I mean, right? The Fitbit is a fi tness bracelet that monitors your heartrate and exercise activity, so if I eat too many Tootsie Rolls and die, the Fitbit explodes and alerts my colleagues—or something like that.

Yeah, okay, I get it, “fat” is a derogatory word, like “sleep” or “Facebook”—it’s a guilty pleasure.

I’m not kidding, though. I need a stopcheck to monitor my trans fat and calorie intake, because asking myself, “Jill, dear, is that sixth cookie going to be too much?” is just not working. (And the answer to that question is, “Are you kidding me? Of course not!”)

With FatBot, I could be alerted to my misbehavior. Maybe FatBot could politely invite me to share my cookies: “Jill, darling, if you don’t have enough cookies for everyone in the room, maybe you shouldn’t eat any.” Hello, I’m the only person in the room—and seven is enough. Got it? Seven!

No, I need greater motivation to change my outlook from Cookie Eater to Fitness Fanatic.

So, I went all exercise geek and busted out my old Walgreens pedometer, effectively joining my step-counting comrades.

This resulted in about a week of attempting to complete 6,000 steps daily during my “regular” level of activity. I know, right? What kind of super hero is that active? I just sat at my desk and shook the pedometer and got it up to, like, 8,000 steps in less than two minutes. That’s using the old noodle. I’m a super smarty pants, for sure—a real problem-solver. I would have shaken it to 15,000, but my arm got tired.

At any rate, the pedometer wasn’t working, so I was back to the lame FatBot idea, when I said to myself, “Jill, love, what’s the harm in a few sit-ups?”

So I dropped to the fl oor, thinking, “Hey there, it’s nice down here, sitting is a-okay, why not take this to next level and just lie down?”

So, I did. I spread out right there on the family room fl oor, gave myself a quick stretch, then popped up immmediately. Done. Sit-ups are awesome! I’m doing one again later, just as soon as I complete my new triathlon of errands, laundry and billpaying— pretty sure I’m going to medal in this round.