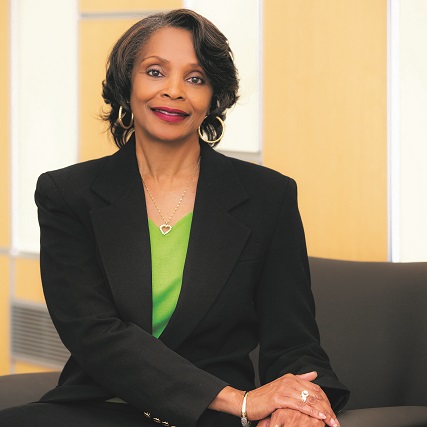 Closing the Gap Through Community Engagment

Make no mistake, there is a gap: In position, pay, prominence and, some would say, possibilities, women lag behind their male colleagues.

According to The Center for American Progress, women hold almost 52 percent of all professional level jobs, yet they are only 14.6 percent of executive officers, 8.1 percent of top earners, and 4.6 percent of Fortune 500 CEOs.

Locally, the Women’s Fund of Omaha reports area women in leadership mirror national trends, with just 4 percent of the Metro’s women holding CEO positions and more than 80 percent of local board of directors’ positions occupied by men (nationally, Fortune 500 board seats are 16.9 percent women).

The good news is, with such wide disparities in representation, there is room to grow. Indeed, Omaha women in leadership seem to share a mantra for a city in which they believe: Engage everyone in the community, and we all win. The ways in which area women are doing just that abound. Passionate about “impacting individuals,” Holmes is an entrepreneur, certified yoga instructor and sought-after mentor who is encouraged by Omaha’s growing community-engagement opportunities, particularly for women in technology.

“I currently mentor young women at UNO in the College of Business and the College of Information Technology and Science,” Holmes says. “This volunteering matters. All successful individuals had mentors and someone to help them along their journey. I would love to see a platform where women can start the conversation about mentoring and be matched together.”

Mentoring offers opportunities for both the mentor and the mentee to engage each other—and the community—in new and different ways.

Janice Garnett, Ed.D., an instructor in the department of Educational Leadership at the University of Nebraska

Omaha, says there are several mentoring programs available in the Omaha metropolitan community. “The Omaha (Neb.) Chapter of the Links, Incorporated is working with the University of Nebraska Omaha’s Office of Multicultural Affairs to provide a comprehensive support system for first time, full-time freshmen women of color,” Garnett says. “Being positive role models, providing guidance and advice, assisting with difficult situations and being a cheerleader on the side is a must for the next generation of women of color.”

Garnett notes that mentoring young women “encourages them to break through stereotypes and assists them with creating a pathway to be leaders in the future.”

THE INCOME DISPARITY IS REAL

Like her colleagues, Garnett applauds mentoring as a function of community engagement, but recognizes gender inequities continue, particularly for women of color. For those who might argue otherwise, consider the median income of Omaha men relative to area women.

Such a wide gap in income might appear shocking—but is not surprising—given the current climate for women in leadership (both nationally and locally), especially for women of color.

With women representing more than 50 percent of the population, those supportive of an inclusive community rightly suggest engaging greater numbers of women increases a city’s diversity and opportunities for growth, while also being more reflective of the population as a whole.

“We need to take the time to invest in the future of our next generation,” Garnett says.

The Making Caring Common Project explored gender bias in their recent report, Leaning Out: Teen Girls and Leadership Biases, arguing how girls perceive themselves can have a lasting impact on their desire and ability to lead as adults. “This country needs more women leaders,” notes the report. “It’s not only a fundamental matter of equality and justice, it’s that women’s leadership potential has been massively untapped—an epic economic and social failure.”

The same study found girls are often encumbered by persistent stereotypes, such as reduced confidence in their math abilities, competitive feelings among girls in leadership positions (data regarding competition appeared, at least in this report, to skew higher among white girls than among students of color), and negative feelings about their bodies—all of which can erode self-esteem and decrease girls’ desire to actively engage in activities that might focus attention on themselves and their capabilities.

To beat the stereotypes, the report suggests, “We as adults need to mobilize girls and boys to both identify and actively combat cultural and media messages, as well as biases they confront in their daily lives.”

Traci Bruckner is the Women’s Fund of Omaha’s research and policy director, and actively pursues an agenda that shatters myths, reduces bias and improves the lives of women and girls. She says there are several “critical issues” before the Nebraska legislature—including payday lending reform, medical leave policy changes and equal pay—that will impact the economic well-being of women and, in turn, the community. These same opportunities for reform will also affect the ongoing personal and professional growth of young girls in Omaha.

“On issues such as equal pay, we see we have stepped backwards a bit,” Bruckner says, adding pay equity is “even worse for women of color” in comparison to both white men and white women. As a result, Bruckner suggests there is no better time for women to “get to know their state senators,” and to exercise an impactful voice on current issues.

“If women are not doing well, then families are not doing well,” Bruckner says. “A phone call to a senator can really resonate, and can help shape policy.” Taking an active role in the political landscape is one way women can immediately engage in the community.

Senator Rick Kolowski represents Nebraska District 31, and says considering the connection between education and the community, as well as understanding how funds are allocated (relative to issues and resources) statewide sheds light on how Nebraskans are impacted by policy decisions.

For example, LB343 (which Kolowski says will be assigned a new number in 2017) notes, “In order for Nebraska’s students to adequately prepare for postsecondary education and careers, public schools in conjunction with educational service units in Nebraska should offer courses of increased educational rigor and relevancy, including, but not limited to, programs of excellence, dual-enrollment courses and career academies.” Not surprisingly, research shows well-funded academic programs, combined with powerful curriculum, committed adults / caregivers and empathetic educators have a positive impact on youth.

Regardless, Kolowski says, “Understanding the quality of education in your district is important, as is having a genderless look at hiring and pay opportunities.”

THE POWER OF ONE While community engagement requires an intentionality about inclusivity, area women point to fearless leadership, coupled with tapping into a sisterhood of shared opportunities, as key to elevating—and celebrating—everyone’s potential.

Enter Maddie Rheinheimer, a Roncalli Catholic High School senior, inspirational blogger and author of Undefined, her first book (and one that carries a powerful message).

Already, Rheinheimer is resonating with area youth through public speaking. Her approach to community engagement is motivated by a desire to dismantle stereotypes, promote positivity and crush negative body-image perceptions in order to catapult everyone’s personal growth. It’s a big job, but Rheinheimer believes Omaha is ready for a strong, affirmative message with beneficial outcomes.

“Undefined is a universal message because it applies to everyone with a heartbeat,” Rheinheimer says. “In this day and age, self-love isn’t the highest priority on our list, especially when we spend hours of our lives trying to take care of our bodies, work hard and stay mentally, physically, and spiritually fit.”

“These are all important, sure, but you can’t succeed in any of these areas if you don’t put yourself first. Loving the exact height you are, the weight you are, the color of your eyes, and the birthmark on your arm is the most essential part of getting where you want to go in life, and women and girls especially need to understand this concept, rather than admiring unrealistic lives of supermodels and celebrity figures.”

If the community is any indicator of Rheinheimer’s hope for everyone’s success, then it would seem she is on the right track, having appeared on local media, and in several schools, to share her experiences—experiences that include messages she has received as a young woman growing up in Omaha.

“I love speaking to other girls throughout the community, and making new friends through connections and similarities,” Rheinheimer says. “Omaha is such a unique place, and the women of the area reflect how special this city actually is. I believe that all young women should stick together, encouraging each other through positivity and an outward sense of love for the community.”

It’s just this type of community commitment Jeanne Surface, Ed.D., associate professor of Educational Leadership at the University of Nebraska Omaha, suggests might be beneficial city-wide.

Surface, who has an expertise in rural communities, social justice and school law, says large communities might take a nod from Nebraska’s small towns, where the good of the group often supersedes the goals of the individual, and where the converse is also true. The needs of an individual might be met by the collaborative efforts of the group.

“I am not going to be so bold to say that the answer comes from rural communities, but the loss of community in more populated locales is something we need to regain,” Surface explains. “One of my favorite quotes is that ‘the loss of community in our country is kind of like a canary in a coal mine, warning us that things are not OK.’”

With the Greater Omaha Chamber reporting more than 1.3 million people within an hour’s drive of the city’s center, creating a sense of community is not without challenges. Maybe that’s why Surface says she feels “…women have to establish their own communities. We have to reach out. We have to find people who are different from us, and understand why people like what they like. If, as women, we don’t reach across and bridge some of these gaps, we will be polarized.”

To prevent polarization, pundits turn to policy—changes that might help turn around the more than 63 percent of women who, according to the Center for American Progress, comprise the “lowest quintile of earners.” Of this group, only 10 percent have access to paid parental leave.