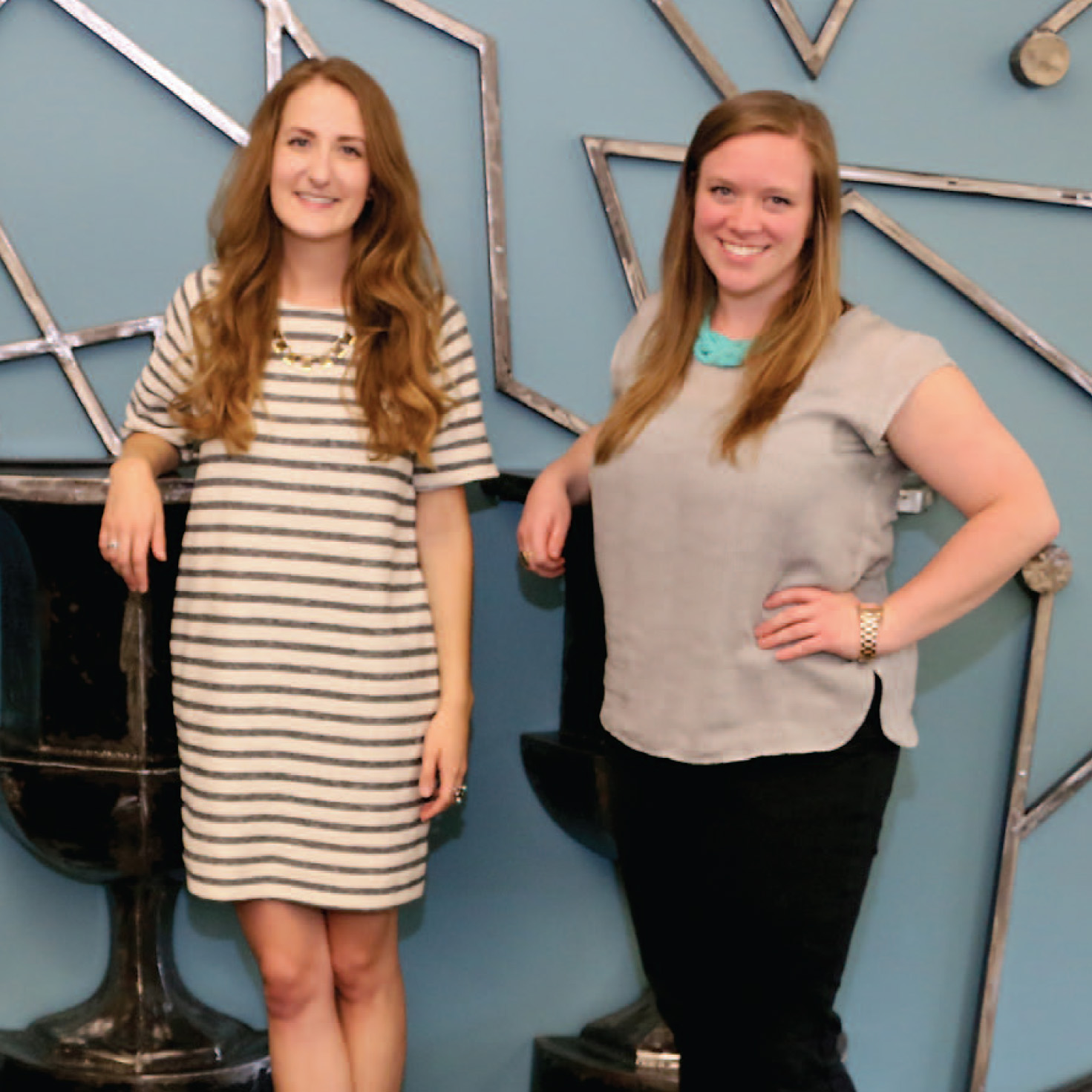 How do we end gender inequality? Where do we start? Two Nebraska Wesleyan University students answered the ques-tion by envisioning a solution. Nebras-kans for Civic Reform (NCR) is making that solu-tion a reality by providing the Young Women Circles Program (Circles) to middle school girls next spring. The Women’s Fund of Omaha is partially funding the initiative with a Leadership Development Grant of $12,293.

“Our goal is to end gender inequality one woman at a time, starting at that one-on-one level with young girls,” says Becca Brune, one of the initial idealists. She and a fellow student at Wesleyan crafted Circles to empower young women to advocate for change by engaging with policy makers in real-world settings. Brune has since graduated from Wesleyan and works as a child welfare program associate at Nebraska Appleseed, but volunteers at NCR to bring Circles to fruition.

Circles is an eight-week after-school substantive service learning program that will initially be offered to girls attending two Title 1 middle schools in Omaha. “Substantive service learning is a method of teaching where we apply real-world skills in a way that is providing a service to the community,” explains Kelsey Arends, civic health program manager at NCR. Participants will be exposed to four different leadership opportunities that incorporate different skills. “NCR has a sweet spot for civic engagement, so one will focus on ways to interact with civic institutions and political officials for sure,” Ar-ends says. Other possible areas to explore include the arts, STEM (science, technology, engineering and mathematics), business and healthcare. “Women are under-represented in leadership positions in just about every major industry and every major decision-making spot,”she says. “We want to expose young women to leadership roles across the board.”

Both schools will be funded to do four projects, each following the same basic model of direct instruction, practice, expert advice and real-world application, according to Kent Day, director of civic engagement programs at NCR.

As a former teacher, Day realizes that kids will profess to not know how to do things. “They’ll say, “Oh, I’m not creative. I can’t do that; I can’t draw,” he explains. “They’ll tell you the things they can’t do right away, but the truth is everybody can. Those skills can be developed. So if a young lady says, ‘I can’t speak in public,’ then we’ll say, ‘No, that’s not true. We’ll give you all the skills, we’ll give you time to practice.” Every girl will learn, practice and participate with every skill for each project.

NCR is a non-partisan group dedicated to making civic institutions more inclusive among youth and historically disadvantaged and disengaged populations. One of NCR’s biggest areas of focus is youth engagement programming, according to Arends and Day. “Circles is an easy mission fit for us,” Day says. “We had programs in 29 schools last year, serving about 1,700 students.” These programs include an after-school engagement series, service learning groups and civic projects for individual schools, as well as classes and clubs in Lincoln, Omaha, Kearney and surrounding rural communities.

Experienced NCR staff will deliver the initial instruction and opportunities to practice the skills being learned in Circles groups. Next up is the em-powerment coach, a dynamic female community member who has been successful in the field being discussed. “That’s putting a face on it,” Day says. “That’s giving you a real life example of a woman who has been successful in that very thing, using those very skills.” Students will then work closely with the coach to apply the skills learned in a real-world setting.

In 2013, NCR worked with students at South High School who had a cause and needed an outside partner to help them pursue it. “Their identified problem was young people not understanding how to vote. And their identified solution and goal was to get the Nebraska Unicameral to pass legislation allowing young people ages 16 to 17 to register to vote,” Day says. NCR staff rallied its connections in the Nebraska legislative system to assist these students in learning to draft a bill. They did so with constant coaching from actual experienced lobbyists. Their local state senator met with them, discussed the bill and agreed to submit it on the floor of the senate. “NCR arranged for the students to attend the Unicameral. At the capitol, the students testified in person at the real public hearing for the bill. They sat at the testifying table along with adult members of the community and made the case for their bill, which was sent to the floor,” he recounts. “Their bill did not pass, but these young people had an experience that will never fade,” Day says. Circles will echo this same basic process to give adolescent girls living in poverty that same kind of hands-on experience and interaction.

“Problem solving using real-world skills are what we want to develop, because we can talk about all kinds of things that we think young women can do,” Arends says. “But in reality, in 10 years when they are professionals, they will be doing things that we can’t even think of yet. So we just want to prepare them with practical skills that will continue no matter what the business or political landscape looks like.”

This spring, NCR staff and volunteers will establish a working curriculum and relationships with community partners that can be replicated to expand to other schools. “At the end of this pilot, we will have all the logistics finished and done,” Day says. “We will have an archive of lessons and materials, as well as willing partners ready to step in.”

“Our mission was to invest in young women to end gender inequality,” says Brune about creating Circles. “We know that all women are inherently powerful, and this program works with them to give them the skills to realize they are powerful, so they can be change makers.”