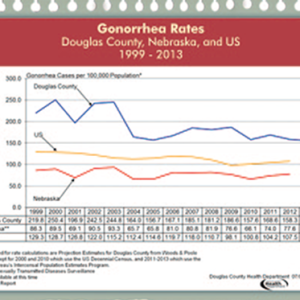 What The Research Shows

There are significant racial and ethnic disparities in chlamydia and gonorrhea in Douglas County. Chlamydia rates are nearly 10 times higher for African Americans than for Caucasians.