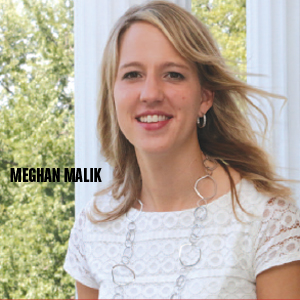 Advocating For All Children

It’s no accident that Meghan Malik landed her current position as director of the Nebraska Children’s Home Society’s Children and Family Center when it opened in 2009. “I always knew that advocating for others would be a mission of mine,” says Malik, originally from Harvard, Neb. “There were a lot of needs in this small community that I grew up in. Children’s issues were always a priority of mine.”

Initially Malik charted a course toward family law, but saw the limitations attorneys faced while volunteering for Court Appointed Special Advocates (CASA). “It’s an adversarial system, unfortunately, for children and families,” she says. “I found that what I could do with CASA was so much more.” She continued her volunteerism and was eventually hired, working for CASA throughout college. Upon completing her Bachelor of Science degree in Human Resource and Family Sciences, Malik was offered the executive director position for Nebraska CASA in Lincoln and took it. She later earned a Master of Public Administration from UNO while working for Lutheran Family Services in Omaha. This move shifted her focus from abuse and neglect issues that had already occurred to preventive measures. “Preventive work has been exciting because it allows you to see potential that is sometimes hard to see when bad things have already happened,” Malik explains.

She brought that excitement to the Nebraska Children’s Home Society to develop programming that answers the needs of the community in north Omaha that the Children and Family Center, 36th and Fontenelle Boulevard, serves. A full-scale needs assessment revealed the need for parenting assistance, early childhood education and comprehensive sexual literacy programming for teen girls. The agency was experienced with providing parenting and early education services through its administration building in West Omaha, but the sexual education piece was new, Malik says.

“We piloted a focus group of girls ages 13 to 18, and at the end the girls said, ‘OK, so when do we meet next?’” The Teen Chat program now serves more than 150 girls annually. Malik commends the Women’s Fund of Omaha for initially funding the program’s start-up. “It’s exciting because it was an opportunity to develop a program that we felt would be impactful and focused,” she says. Group classes are offered for nine weeks with monthly follow-up support. “We focus on building relationships with the youth, making it an emotionally safe environment for them to talk about things and for us to provide the education. Our hope with the outcome is that we empower them to reach their highest potential; in doing that, we hope to be preventing teen pregnancy and the spread of STDs.”

The strategy is twofold, according to Malik. “We tackle the tough topics of sexual literacy, which is incredibly important. Knowledge is power. But it is also about those other pieces so much of the time—self-efficacy and self-esteem.” Teachers facilitate open conversations about every aspect of comprehensive sexual education, partner violence and what healthy relationships look like. “We truly believe that you have to pair those things together because we have to talk about why we might be making risky decisions and why we might be having unprotected sex or sex at all,” she affirms.

Malik believes that emphasis on building long-lasting personal relationships with children and families is one component that makes Teen Chat and all of the services provided by the Children and Family Center successful. “Part of the philosophy of the agency and the center is that we are a relationship-based mentoring model for youth, teen parents and young adults,” she adds. “And all of us are those role models. We are there and we are safe people they can go to in times of crisis.” Staff members are accessible outside normal hours when needed, and they communicate with caregivers of children who are receiving services to assist with problem solving. “We individualize services here. It’s not one size fits all. That’s what drives me most,” Malik says.

This individualized focus limits the numbers the Children and Family Center can affect, so Malik welcomes the opportunity to join forces with other agencies and providers to participate in the Women’s Fund of Omaha’s Adolescent Health Project. “I’m real excited to be a part of the solution collectively. The Nebraska Children’s Home Society is one agency and we can’t do it all, but we can bring some expertise to the table and bring some people who are willing to work,” she says.

“I had a mother who told me from a very young age I could be anything I wanted to be. So I always envisioned that I could,” Malik reflects. Her vision for the Adolescent Health Project is to be that encouraging voice that reaches girls across the city to eliminate socioeconomic barriers and help youth reach their fullest potential. “It’s an old saying, but I believe it: ‘Children are our future.’ It’s our job to help them succeed.”