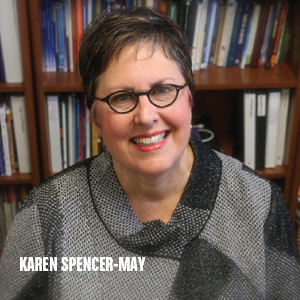 When Karen Spencer-May, Ph.D., started working with Omaha Public Schools (OPS) more than 20 years ago, it was common for parents to contact the district with concerns about sexuality education. Calls ranged from fears that educators were encouraging students to be sexually active to assumptions that their children would come home with packets of birth control pills or a handful of condoms. Today, Spencer-May—who is a supervisor of curriculum instruction and assessment in the area of family and consumer sciences and human growth and development—rarely gets those kind of parent calls. She attributes this to the fact that many of today’s parents went through the classes themselves as students.

Despite the successive generations of sex education, however, teen pregnancy still exists and sexually transmitted diseases continue to proliferate among teens in our community. Plus, today’s teens need to know more than ever, from newer medical options like long-acting reversible contraception and the human papillomavirus (HPV) vaccine to social and legal issues, such as sexting and partner consent. Same-sex partnerships have to be considered as well. The time is ripe for sex education to evolve, and a proven approach called WISE (Working to Institutionalize Sex Ed) promises to be key in getting through to a young audience. With assistance and support from the Women’s Fund of Omaha, the Sherwood Foundation and the Nebraska Department of Education, OPS is looking at implementing a new sex education program for the 2015-16 school year.

“OPS identified that their curriculum needs to be updated,” says Sue Korth, Ph.D., vice president and COO for Methodist Women’s Hospital and a Women’s Fund board member. “It’s a very appropriate time to be having these open conversations with them, and they’re in agreement that that’s what we need to do.”

“When we originally started looking into this with the Sherwood Foundation, we went out and did some research on what programs were out there and what we should do, and then we had several of our committee members go visit different organizations that have implemented the WISE program. It has been tried and true and I think that it is an absolutely excellent program,” Korth adds. “There have been successes that have been noted out there, and we want to follow what they’re doing and what success they’ve had.”

“The ultimate goal is that we have a quality sex education program. (The WISE method) helps you to see what your community wants and spends a lot of time getting the research to help you get through barriers,” Spencer-May says. “Probably the most exciting part of the whole project is looking at the research that we’re (already) finding from our own community. Before, I always had kind of a gut feeling about what I thought was happening in this community and it generally was pretty accurate, but to actually have solid research validating what we’re doing is really pretty neat.”

Community-specific data will be integrated into curriculum planning. In line with the WISE principle of involving parents in developing sex education programs, OPS will also be seeking feedback from families in its district through a parent survey scheduled for January 2015. The district is interested in finding out exactly what parents want their sons and daughters to learn in human growth and development classes, Spencer-May explains.

“I believe that part of the school system’s process needs to be educating the parents on what they’re educating students on,” Korth says. “And then we would hope that the parents would then echo what the schools are teaching.”

“We catch them by surprise, we make stuff very interactive,” Mueller says, adding that a wide spectrum of media will be part of the plan: social media, web video, outdoor advertising, traditional broadcast media and more, with continuous messaging that changes frequently. “We’re going to do ad campaigns that don’t look like ad campaigns. Everything is going to be interesting, provocative, surprising…It’s going to be a breakthrough in how you tackle a really big problem in a really different way. And I hope it ends up being something that not only works, but helps other markets solve the same kind of problem.”

Mueller says Omaha teen focus groups have already revealed some interesting and even disconcerting realities, such as sporadic condom use among sexually active teens and a general lack of detailed knowledge about STD transmission and treatment.

“You can provide all the general education that you want, but unless you get down to the specifics for the kids, they won’t get the message,” Korth says.

Another component of the media campaign, which starts in 2015, will target parents who may be uncomfortable talking about sex for a multitude of reasons, such as not wanting to divulge their own past transgressions or not wanting to imply that talking about contraception is giving their teens permission to have sex. “We have to give parents more tools to start the conversation in a way that everybody’s OK with,” Korth says.

Campaign messaging will not only improve awareness, but also lead youth to easily accessible resources for testing and treatment. To support those efforts, improving adolescent health resources in the community is imperative, Korth says, adding that last year the Methodist Physicians Clinic Women’s Center opened a health clinic specifically for adolescent females, with a teen-friendly environment and a specially trained medical staff.

“We wanted to have a slower-paced clinic that was more modified to the adolescent patient,” says Susan Westcott, M.D., one of the clinic’s practitioners. Westcott explains that the clinic’s approach is holistic rather than focused strictly on gynecological concerns, with the thorough physical exam and health assessment including discussion of risky behaviors—from alcohol and drug use to texting while driving. Of course, sexual activity is addressed as well. “We have been amazed at the honesty of these young girls and their answers.”

The services keep parents in the equation, too. The appointment is designed for mother and daughter to attend together, although some portions of the interview are conducted individually, Westcott says.

“We really advocate for them to have an adult guardian with them,” she says. “They are minors. They do need the help of a grown-up to navigate through the healthcare system.”

Westcott, who is the mother of two daughters, emphasizes that both a young woman’s privacy and the parent’s role are respected. However, practitioners are trained to address delicate issues or information that may be hard for a parent to accept, like the presence of an STD or the need for contraception, in a sensitive and medically professional manner.

“Sometimes we get caught between mom and daughter. Mom may be very adamant that her daughter’s not active, but when we’re in the room alone there may be a conversation that suggests that’s not the case,” she says. “We can’t just run out to the mother and say, ‘Your daughter is sexually active!’”

Although some patients seek their first gynecological exam at the onset or anticipated onset of sexual activity, many of the patients are actually referred by their own mothers, as well as pediatricians, dermatologists and even emergency room personnel for other concerns, ranging from possible ovarian cysts to endocrine function related to growth and development, Westcott says. Adolescence tends to begin sooner than it did in the past, and more young women today seek help earlier for problems such as PMS and painful periods.

“I think it’s just empowering your young daughters to take care of their health,” Westcott says. “I think why I’m passionate about the adolescent clinic is that my first pelvic exam was a horrible, horrible experience and I don’t feel that an adolescent should have a bad experience the first time. They should have a good experience and want to come back and participate in women’s healthcare.”

Korth agrees. “I have been on the Women’s Fund board for years and this is one of the passions I have: decreasing STDs and teen pregnancies in our city,” she says. “I believe that as a women’s hospital, that is core to our business and what we are about: education, sexual literacy, and best outcomes for women and their partners. So I believe that in our community this is extremely important, and we need to address this as a community.”

The clinic’s efforts are already working. The demand for services increased so rapidly in its first year that the clinic had to expand to a second day per week. The staff is also looking at how they can open up even more operating hours in the future, Westcott says. And she’s hoping that once OPS’s new sex education and marketing support is in place, concrete data will reflect that the message is being more widely heard and, more importantly, that teens are making good choices and protecting their health.

“I think if you look at the STD and pregnancy rates a year or two years down the road—once we implement this program—I think that’s going to speak for itself,” Westcott says.