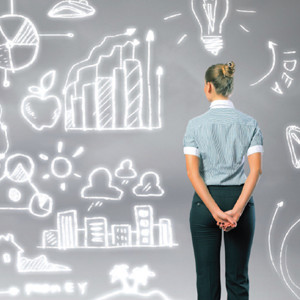 While women still don’t benefit from absolute equality in terms of business and leadership opportunities, it’s important to remember a time when things were even less evolved. Cella Quinn was among a group of Omaha women that noted a deficiency in women’s networking in 1979 and, in response, founded the Omaha Network — a group of women who gathered to network and exchange ideas. “Not only were women not being allowed into any of the men’s business groups in town, but the fellows had more influence because they had membership criteria,” Quinn says.

Owner and registered principal at Cella Quinn Investment Services, Quinn describes the early effort as a small one that continued — and continues — to grow. “A small group met for lunch — I think at the Omaha [Public] Library. It included Marion Ivers, the top woman at the Omaha Chamber of Commerce, Gail Veitzer, and Vickie Krecek. That morphed into what was called ‘Omaha Network,’ with monthly meetings,” she says.

From there, Quinn helped establish a road map for the group’s efforts, ensuring it would become a valuable resource for women in the community. “By 1979, more and more women were being promoted to mid-executive level jobs and some to top level jobs,” says Quinn.

But due in part to imbalanced workplace demographics, among other factors, women were still finding it difficult to network with other female peers and colleagues. So, Quinn says, “It was nice to get to know other women of our peer group with which to socialize and to exchange ideas.” She also adds that is still a relevant need in 2013.

The Omaha Network continued to gain steam when Quinn, and others, began to formalize the group. “I was one of the first presidents, and since every molecule in my body is an organizer, during my term I saw the need for more structure,” she says.

“When I took over as president, I encouraged regular programs rather than simply, ‘Let’s just sit and talk,’” Quinn says. “A roster was published, logo and stationery designed, and by-laws were passed that established membership criteria.”

Quinn says the membership criteria was “very controversial at the time,” although it was necessary to ensure the fortitude and functionality of the group. “Some groups that are casually organized continue, but many don’t last very long,” Quinn says. “Groups with structure tend to last much longer. Look at all the men’s groups that have survived for centuries. So, from that standpoint, it is important to make that distinction.”

While the Omaha Network publishes a monthly newsletter, it remains an invitation-only group. “Members are required to attend 50 percent of the meetings,” Quinn says. “The thought being that if one is taking up a membership slot and she doesn’t come, we don’t have an opportunity to network with her so we want to fill the slot with someone who can actively participate.”

Omaha Network’s Intersect Group was formed “out of a need to accommodate members who could not always come for early morning meetings.” One example of a discussion topic for this group is how to leave corporate America and still have a career.

For some women, helping forge even one such group would be enough, but not for Quinn. She continues to establish networks when she sees a need that a new group could fulfill. “When I started my business, I found that women who own businesses often think and talk about different [topics] than others, so I started G.O.G. — the Good Old Girls Business Network — which is limited to female business owners,” she says. “I also started the 10 Group, composed of top-level executive women.”

As for the Omaha Network, Quinn has seen women filter through the group over the years, with both successes and friendships to show for their involvement. “I don’t know that there is a formal name for this phenomenon, but what happens is that there’s a definite progression of ‘up and out’ — where a woman will hit a certain rung on the career ladder and get too busy, have to travel more, have too many other corporate responsibilities to continue to participate,” she says, noting that she’s seen this in men’s groups as well.

“So there have been many success stories, because women who qualify for membership in Omaha Network tend to be ‘good at their game’ and they are the type of executive who gets promoted.”