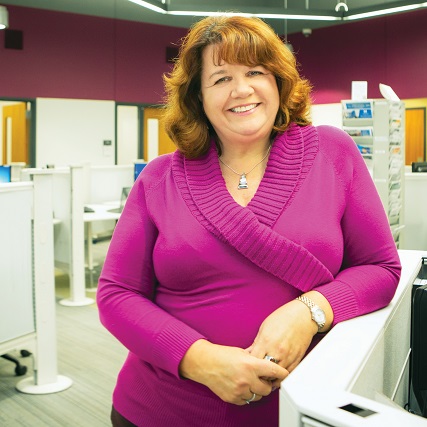 Throughout the 1960s, women made around 59 cents for every dollar earned by men in similar positions, according to the National Committee on Pay Equity. The Equal Pay Act of 1963 was signed into national law with the intent to eliminate this inequality. Later that same decade, the Equal Pay Act of Nebraska was passed with the same objective.

In 1996, when women were earning about 75 cents to the male worker’s dollar, the first symbolic Equal Pay Day was observed to acknowledge how far into the year the average woman must work to make up the difference between what she and the average man earned the previous year.

It’s now 2017. On April 4, Equal Pay Day will be observed for the 21st consecutive year. And The Institute for Women’s Policy Research projects that pay equity will still not be reached until 2059, nearly a full century after the Equal Pay Act. Because according to The U.S. Bureau of Labor Statistics data, women nationally still earn only around 80 cents on the dollar compared to men. And Nebraska women rank somewhere in the middle at just under 79 cents on the dollar.

“Not that it’s a great thing, but we are pretty on par with Midwestern states, between 75 and 79 cents on average,” said Jessi Hitchins, director of the University of Nebraska Omaha Gender and Sexuality Resource Center. “That’s when you are just taking the discussion of white women compared to white males. When you add in race, that gets significantly lower for women of color.”

National data from the National Partnership for Women & Families shows that black women are paid 62 cents and Latinas 54 cents for every dollar white males earn. All other things being equal, the organization’s data also shows that a wage gap persists regardless of occupational sector and education level. This means potential lifetime earnings lost per woman can reach into the hundreds of thousands of dollars, and with more women than men heading single-parent households and with both parents working in more than half of two-parent households, millions of American families are affected.

The landscape isn’t completely bleak, however. Although progress has been very slow, women’s wages have seen steady growth. Women are now represented in once male-only career fields, and more women are serving in leadership roles within businesses and organizations and as entrepreneurs than in decades past. More women than ever are participating in higher education programs and earning college degrees. And elected officials at both the state and national level continue to champion the cause of wage equity.

For instance, in last year’s session of the Nebraska Legislature, LB928 was introduced to expand the protection of existing legislation to apply to all employers, not just those with 15 or more employees. Among the 45 total states that have gender-based wage discrimination laws on the books, Nebraska had been the only state that specifically excluded small businesses. Although the bill itself was indefinitely postponed, portions—including a provision regarding small businesses—were amended into LB83 and approved by the Legislature and signed into law by the governor last spring.

Sponsors of LB928 and LB83—state senators Heath Mello and Tanya Cook, respectively—are not returning to the Legislature for the 2017 session, but other wage equality advocates, including Patty Pansing Brooks, who co-sponsored LB83 and backed LB928, continue to serve.

On a national level, in 2015, Nebraska Senator Deb Fischer introduced S. 875 (Workplace Advancement Act) with the intent of strengthening the Fair Labor Standards Act of 1938. The bill primarily calls for prohibiting gender-based wage discrimination and prohibiting firing or retaliating against employees who disclose or question compensation to evaluate equitability.

The bill was ultimately referred to the Committee on Health Education, Labor and Pensions, but Fischer, whose term ends January 2019, has an ongoing record of supporting workers’ and women’s rights. Her efforts include co-introducing a bill to offer incentives to employers who provide paid leave and co-sponsoring a bill to strengthen a 1978 law protecting pregnant employees or applicants from discrimination.

While legislation may be slow to enact and difficult to enforce on a larger scale, the actions of employers can help close the wage gap more quickly, albeit on a smaller, more individual scale, says Sue Moskovits, operations manager for Heartland Workforce Services. An important first step is re-examining not only documented internal policies, but also the mindsets of decision-makers.

“First, remove the previous salary considerations from applications of new employees, basing the salary on the position, responsibilities and skill sets. Next, train managers and executives to remove gender-limiting perceptions. The Simmons School of Management conducted a survey regarding gender-differentiated traits and noted that the three most highly desired masculine traits are ‘risk-taking,’ ‘ambitious,’ and ‘assertive,’ while the three most highly desired feminine traits are ‘clean,’ ‘cooperative,’ and ‘attention to appearance.’ Which of these traits do you think result in better pay?” she says.

“Some of these traits are shifting amid a change in current thinking of leadership—i.e., the conventional command-and-control model—to the need for contemporary leaders to draw from a spectrum of traits,” Moskovits adds. “This is particularly true as we move to a service/customer-directed society. So the last suggestion would be that companies recognize these shifts in management style and look for women and men who embody a broader range of traits, such as ambitious and cooperative, to promote into management positions.”

Hitchins says that diversity is a trait that distinguishes those few employment sectors and individual employers who have realized or nearly realized wage equity.

Change begins only after critical self-evaluation, she adds. “It is not on the employee, it is on the employer to really take a look at how they do equity and inclusion in their corporation.”

“Assign responsibilities and opportunities evenly. I have seen managers make assignments where the men are the front face to the client, while the women are assigned the project work that occurs in the office,” she explains. “When questioned about the disparity, most managers will get a blank look and say, ‘I never realized I did that.’ These are the things that need to be brought into the light.”

Male employees can play an important role in fostering an environment that supports equity, too, Hitchins points out.

“Wives, sisters, mothers—men have relationships to some of those people at some point in their lives. Men should absolutely support (wage equity) because they know how hard women work,” Hitchins says. “If you have partners who are female and male, then that male is also out on income for the family if his partner is not being paid fairly. This is where men want to contribute to the conversation and want women to be paid equally.”

“Men should openly acknowledge women’s contributions to the organization, including by giving credit when due,” Moskovits says. “I have heard that (a group of) women in Washington, D.C., have started a program where each will restate an idea expressed by another several times, each time stating ‘I want to add to Ann’s idea,’ ‘I want to go back to Ann’s original suggestion.’ Too often, when there are a larger number of men in a meeting, a woman may make a suggestion, but it is usurped by the men.”

One of the most significant things women can do to help close the pay gap is be their own champion at every step of their careers, no matter what field they work in, Hitchins says.

“That baseline salary for that first job will literally tell the story for the rest of your life. We feel lucky and honored to get that offer but we have to be thoughtful about the fact that we are getting asked to that position because we are the best candidate for that position,” Hitchins says. “Talk about salary; it’s published in some sectors. Make sure you are aware and do the research. And once you get that position, continue to advocate for yourself.”

Moskovits says three factors that create lower pay for women include negotiating a lower starting salary, receiving lower increases throughout the tenure with an employer and not applying for “stretch” jobs with higher salary ranges.

“(One) study concluded that men apply for jobs when they meet only 60 percent of the requirements, but women will only apply if they believe they have 90 to 100 percent of the requirements,” she says. “Regarding the initial salary, we do recommend research through Glassdoor.com to determine the salary range for the position at a company. And we also recommend that applicants do not include their previous salary info on their applications, although some automated systems insist on it.”

Hitchins pointed out that even in situations when salaries are fixed, other valuable facets of a compensation package can be negotiated besides salary—from paid time off, flexible scheduling and work-at-home options to workstation ergonomics.

“People work harder when they feel like their personhood is valued,” she says. “And an employer will get more from the labor force by making what are ultimately small concessions.”

Even women established in their careers can take steps to improve their future earnings, Moskovits says. “It is never too late to make changes.”

“Even at her current job, the best thing a woman could do is quantify her benefit to the company, i.e, ‘I handled 15 percent more customer services issues than last year,’ or ‘I became the key contact for client X,’ or ‘I added these skills this year so I can take on more responsibilities,’ et cetera,” she says. “Speak up!” W