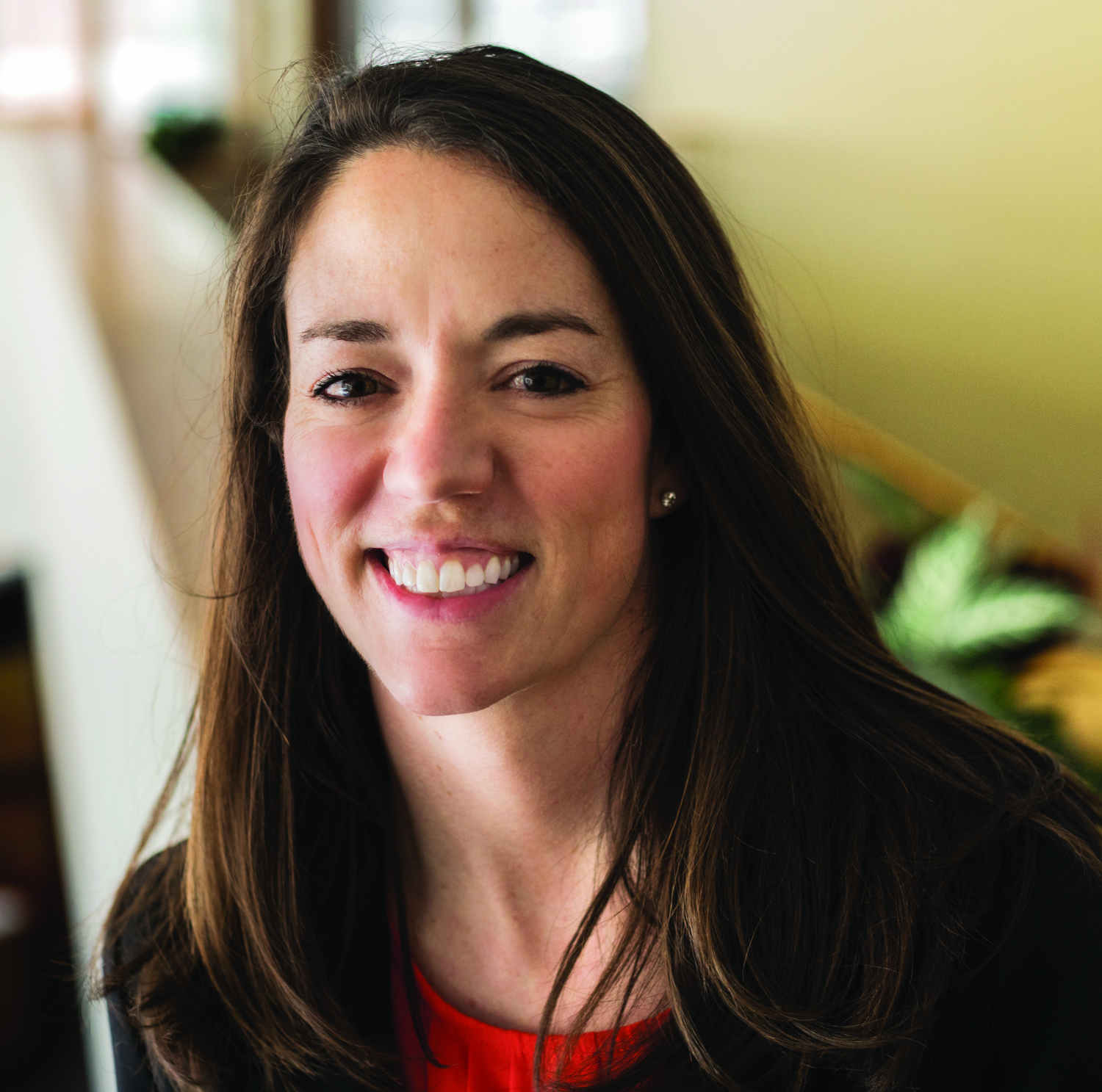 Ever since the #MeToo movement caught fire on social media last fall, women are feeling more empowered to speak out and stand up to unwanted advances, lewd gestures and inappropriate comments. Since #MeToo started making ripples across the world in nearly every industry, women in positions of power are also taking note and making workplace adjustments.

Sarah Moylan, senior director of talent at the Greater Omaha Chamber, works on attracting, retaining and developing talent for the greater Omaha area.

“We work to ensure that businesses have the talent they need to grow and prosper in our community,” she says.

Moylan says organizations need to provide workplace cultures that include a safe place for discussion, so people can feel supported when talking about issues of harassment.

The Chamber conducted research on understanding what attracts and retains young professionals to Omaha. “We’re learning a lot about how engagement within the workplace is stemmed so much from culture. Leaders drive culture and colleagues certainly contribute to culture, and it all matters when looking at where you want to work and how you can grow,” Moylan says.

The Chamber is creating an employer coalition with the goal of creating a more welcoming and inclusive community. “We’d like to encourage as many employers as possible to join,” Moylan says. Companies will be asked to develop strategies to address hiring discrimination, micro-aggression and bias in the workplace. “I think that with us pursuing and launching this effort, we will work to become a partner to efforts that really uncover a lot of disparities in our workplace.”

Moylan says Omaha needs to support its leaders. “By allowing employees and leadership to engage and get to know one another, it helps us build these welcoming cultures where we can prevent discrimination and unwelcomingness and harassment from happening.”

It’s important for leaders to speak out about issues of sexual harassment, she says. “That’s part of building a culture that people trust and that they feel welcomed into. To see leaders doing that really helps encourage other leaders to do it as well.”

The podcast dissects how organizations should guard against any backlash associated with the #MeToo movement and whether new rules will need to be carved out for how women and men interact in the workplace.

For Kate Anderson, head chef at Archetype Coffee, and Ryan Grubbs, the shop’s general manager, the idea of creating a safe space for their employees and customers has been on their minds a lot lately. “Kate’s worked in the kitchen and I’ve been a server and we both worked at cafes, and those are hotbeds for sexual harassment,” Grubbs says.

“What is our responsibility to those customers who are experiencing sexual harassment while they are in our space?” he asks. “We’re always managing an open door policy and we’re always being mindful of what that looks like.”

“How can we be on our toes and see things happen before they happen?” Anderson asks. She says there is a lack of something concrete to do as a business so that customers know they are safe in their space. “Honestly, we want insight.

We want to know from the community how to deal with that as a business, as managers, because there aren’t resources for that,” she says. In a recent case, the harassment came in the form of a male coffee-shop regular who was “too friendly” to the other patrons who just were there to enjoy a cup of Archetype’s coffee while working remotely on their laptops. “It sucked. It sucked for these women who were coming just to do their work,” Grubbs says.

Anderson is concerned with individual rights. “It’s hard because each side has a right. The male has a right to be friendly and to talk to people, but then the female has a right not to be intruded on and to not feel like their space is invaded.”

“You can tell if a male is just like lingering around and a female is trying to say, ‘You know, I’m not really into this.’ Your body language is saying it, but they’re just not picking up on it. That’s where the sexual harassment comes in. They’re not getting it. They seem kind of dense, like ‘Why are they not getting it?’”

Anderson says that since the #MeToo movement, she is more aware of issues of sexual harassment. “We feel like women have more of a voice to bring it up. We want to meet that by having more of a voice to say something and to act on it.” She says the responsibility to respond wisely and set an example weighs heavily on them.

In the grand scheme of things, sexual harassment doesn’t happen a lot in their space, which is a comfort to her. However, sometimes a warning bell goes off in her head when a certain customer walks through the door. “You’re trapped. You don’t know what to do,” she says. “It’s like you have this sense of vulnerability all day.”

Grubbs says that the pressure of normalcy around sexual harassment has been  intense in the past. “The MeToo movement has been so great about saying, ‘it doesn’t have to be normal any longer.’ Let’s stop making it normal. And so by saying things, we slow that down.” Another industry that has seen its fair share of sexual harassment allegations is the media industry. Ariel Roblin, president and general manager of KETV, says the #MeToo movement hasn’t really changed how she manages, but it has helped her identify some of the ways she manages and why.

“I want people to be able to speak to anyone in management at all about a situation, and we would be responsible for taking care of that person and making sure that we handled everything appropriately.” She doesn’t want employees to feel that they only have one option in reporting harassment. “They should be able to go to whoever they feel comfortable talking to and know that person is going to be supportive,” she says.

“The news industry is deadline-driven and can be pretty intense sometimes,” Roblin says. “We have situations where we just want to double check that everything is good with our people that we work with.”

Roblin says she always wants to make her employees feel safe, respected and listened to. She pays attention to the little things. “If someone walks by and they’re having a bad day, that might happen once in a while without me saying ‘Hey, are you OK?” But most of the time it’s, ‘Wow, are you OK?’”

“If I witness something that seems awful harsh, I might pull somebody aside afterwards and say ‘Hey, you need to check in and make sure they’re OK because that seems like it came off a little rough.”

She says KETV’s parent company Hearst Communications Inc. is very forward- thinking when it comes to issues of sexual harassment and holds periodical trainings on sexual harassment for employees. “That’s really important to Hearst and so we do that regularly.”

Many prominent names in the media were taken down by allegations of sexual misconduct last year. Roblin says it gave her pause. “In general, you think that would never happen where you are but you look around and you make sure, ‘Do I have everything in order? Would that happen here? If it did, what would happen?’” Stories like Matt Lauer’s reminded her to assess things. “I continue to apply my best efforts to make sure everyone knows what’s acceptable and what’s not, through training and open dialogue,” she says.

In a recent Pew Research Center study of nearly 5,000 adults, about half of women in majority-male workplaces said that sexual harassment is “at least a small problem where they work,” and 15 percent of that cohort said, “it’s a big problem.” Only about one in three (34 percent) who worked in gender-balanced or female-dominated workplaces said the same thing.

Do women-led workplaces make for less sexual harassment? Roblin says she can’t speak to the research specifically, but she does think women leaders probably have an easier time making people understand when something is not appropriate. “For me, there’s no joking around when it comes to sexual innuendos, ever. Because at the end of the day, sexual harassment is really negative against women and it degrades them, so you naturally would make an assumption that your boss would not want to be degraded and it’s probably not a good idea to do that.”

Roblin recently met U.S. Secretary of Defense James Mattis while visiting the military. She asked him what one quality every great leader should possess. “He said, ‘You need to win people’s affection.’” He added that one of the fastest ways of winning someone’s affection was being there when they know you didn’t have to be.

“To have people admire you, you have to be a good person, and you have to do the right thing. You have to work hard and you know, you’ve got to make these tough choices,” Roblin says. “I think when you’re in a work environment you really do need to do your best as a leader to create a culture of people who feel good and safe where they work.” W