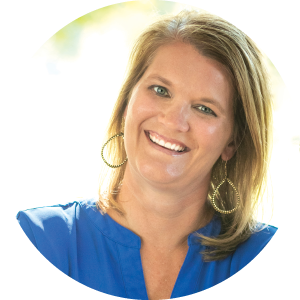 Long before Christon MacTaggart joined the Women’s Fund of Omaha as their domestic and sexual violence project manager just three years ago, she was working out of the offices of law enforcement agencies, the county attorney’s office and the probation office as a co-located advocate on the front lines of the response to domestic violence in Omaha.

“I always tell people, ‘I can do this job because I did those jobs,’” MacTaggart says, “because understanding the very real challenges and limitations that different agencies have every day in doing this kind of work is what allows you to really dig in and understand all the complexities in having a solid community response.”

At the Women’s Fund, MacTaggart is responsible for managing domestic and sexual violence projects and building a coordinated system response in partnership with law enforcement agencies and organizations addressing this sexual violence in Omaha. She has worked in the field for 18 years. Prior to her current position, she was a community response coordinator at the Domestic Violence Council, which merged with the Women’s Fund in 2015. Community response coordination spans across the city and state, multiple organizations and countless people.

A coordinated system response to domestic and sexual violence is crucial for survivors. Flaws in a system can make for cracks that survivors can fall through, often tragically.

In February 2019, Janet Franks-Bohm and her daughter Amanda Bohm were nearly burned alive in a fire that law enforcement says was set by her husband, Carl Bohm. Janet had been recently denied a protection order without a hearing. The Women’s Fund advocated for a legislative bill that would ensure protection orders could not be dismissed without a hearing. It passed in the Nebraska Legislature in May.

Not long after the fire, MacTaggart and the Women’s Fund released their “State of Domestic Violence in Douglas County” report. The report is an in-depth look not only at Douglas County statistics for the crimes but also an examination of the response to domestic violence and sexual assault. It examines the criminal justice system, arrests by law enforcement, prosecution of offenders and work by victim services. MacTaggart and her team worked with HTI Labs to collect and analyze data from law enforcement agencies in Douglas County.

“Through our relationships with the agencies that are actually doing the work, and also with the data scientists that we work with, we’re able to look at data in a way that almost nobody else across the country is doing from that systems perspective,” MacTaggart says.

The report highlights how arrests in Douglas County increased by 49 percent over the three-year period in which the report’s data was collected, from 2015 to 2017. It’s an increase the report connects to the increased commitment to better training by law enforcement agencies.

“We’re also fortunate that we have good relationships with our criminal justice and our service provider agencies in that they are willing to allow us to access their data, to look at it and analyze it to tell us what we’re doing really well and what are the things that we need to work on or do better on from a data perspective.”

The report not only highlights data but also features survivors and their words, boldly and loudly. “Making sure that survivors’ voices were heard as part of that is just a way to remember that there are individuals not represented in that data that this is happening to,” MacTaggart says. “We can never forget that these are real people and that these are real survivors behind these numbers. Making sure that we put voices and faces to the data and that we don’t ever lose sight of that is really important.”

MacTaggart explains how she finds inspiration in these relationships, along with a calling to constantly seek improvement. Her work as a whole is driven in large part by the experiences of survivors, and for MacTaggart, these relationships with survivors are key. “The survivors that partner with us have really informed the work that I’ve been doing, have cheered me on from the sidelines, have called me out when I was way off base. I can’t tell you how much I value those relationships.”

MacTaggart and her team are now working on a long to-do list that includes: leading working groups around making the reporting system more accessible for sexual assault survivors; working with a team to process, test and investigate untested sexual assault kits that currently exist in Douglas County; examining how different forms of violence, like sex trafficking and domestic violence, intersect; determing how to best handle cases that cross jurisdictions; examining how domestic and sexual violence work intersects with communities of color and the LGBTQIA+ community and much more.

“I don’t know if there’s any other place that I could ever do this work,” MacTaggart says.

From a practical perspective, the Women’s Fund is able to have a stronger policy voice because it isn’t limited by government funding. For MacTaggart, however, the people and supportive environment are what make the difference. From their policy experts to their creatives, “everybody works so hard to take the work that we do to the next level,” she says. “It’s just a good solid supportive environment where everybody is doing really hard work and at the end of the day, we’re all in this together.”  W