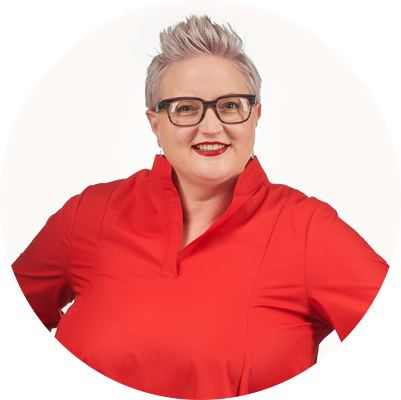 Pedestrian Perks: A Shift in Perspective

The journey of a thousand miles begins with one step.” This famous quote by Lao Tzu exemplifies Bekah Jerde’s journey over the last 10 years as an artist, a street photographer and now executive director of Radio Talking Book Service (RTBS).

In 2012 Jerde was charged with a felony DUI, a consequence of her struggles with alcoholism. “I was asked by the State of Nebraska to cease driving,” Jerde says. “It was not the first time I’d been asked to stop driving but it was the first time that I actually stopped driving. And around that time I also got sober.” She also made the decision to live life differently.

“Having to take the bus and walk everywhere at the time did not feel like this wonderful thing that was going to impact my life in positive ways,” Jerde says. “It’s a whole different world when you have to start relying on public transportation, especially in Omaha.” After serving a jail sentence, she was faced with probation, loss of her driver’s license for nine years and the requirement to complete 300 hours of community service.

Those steps as a pedestrian, however, did lead Jerde on a journey to definite impact, not only in her own life but in the community as well. “In 2013 I got my first smart phone, so I’m walking with this camera on my person at all times and I just started noticing all of these interesting, funny, weird kind of tableaus I hadn’t noticed driving in a car the last 20 years of my life,” Jerde says.

She started snapping photos of a flower growing between slats of a wooden fence, shards of broken glass scattered about, the sole from a shoe left in the dirt. “I would take one, maybe two shots and then I’d head on down the road because I had to keep going.” She started posting them to Instagram. Her friends followed her photos and wondered if she would start a series. “New to Instagram, I was like, “I don’t know. Is that what people do?” she recalls. “I called it ‘Pedestrian Perks’ because that’s what it is.” She also enjoyed coming up with funny hashtags to accompany the photos.

“It was a wonderful practice of being present and intentional, which was something I was not very good at prior to that,” Jerde says. “It was this organic infusion of practices that serve me in things that are bigger than my street photography because it kind of showed me how to really stay where I was and be present where I was and find these moments of brief amazingness that happen and be able to appreciate them.”

That different way of looking at the world provided her with a great deal of appreciation in the arts. First it was a show at a coffee shop. She sold 15 pieces. Then, her now husband Bart Vargas, internationally recognized artist, who was particularly enthusiastic about that part of her practice, urged her to submit pieces for a street photographers’ showcase at the Des Moines Art Center in 2016. The showcase was presented in conjunction with the Vivian Maier exhibition: “Through a Critical Lens.” Jerde’s pieces were selected among 67 others out of over 300 submissions across the United States and Denmark. “Especially early on I had no concept of myself as a photographer or an artist. I was just having fun with my phone just doing this thing that worked with how I was navigating life,” Jerde says.

Other shows followed, collaboration pieces with other artists, an artist talk at Kaneko with a walkabout to follow. This year Jerde was named “Outstanding Emerging Visual Artist” by the 2022 Omaha Entertainment and Arts Awards. “The nomination alone floored me,” she says. “The fact that I won it was flabbergasting. It was an honor to even be recognized by my peers because I still have this idea that everyone else is a real artist but I am not.”

Jerde is learning to quiet that insidious negative voice by talking over it. “I’m lucky to have such an amazing partner who is constantly uplifting me,” Jerde says about her husband. “He has a different connection to the art community and I get to learn a lot from him and navigate that way.”

Jerde completed the terms of her probation and regained her driver’s license in June of 2021. “I’m still walking but now I walk as a choice,” she says. During her period of probation, Jerde became acquainted with RTBS by volunteering there to complete her required 300 hours of community service. Jerde chose RTBS because it was on the bus route and you could do as little as 30 minutes at a time so it fit her schedule. “I spent probably two years popping up there once or twice a week just reading. I read People Magazine, I read Fortune Magazine, I read Good Old Days—just all sorts of stuff. I really liked the organization and enjoyed the volunteering.”

The organization’s mission is to provide human-voiced information choices to individuals who have disabilities that prevent them from reading, according to the RTBS website. “RTBS ensures access to print media that enables listeners to remain active and engaged in their communities,” Jerde says. “That can stretch from going to an event or having a conversation with a grandson about the latest things that are happening,” she adds. RTBS serves over 10,500 documented listeners across Nebraska and Southwest Iowa. Utilizing approximately 80 volunteers, the organization provides 100-plus hours of programming each week.

In 2015, Jerde had completed her community service requirement with RTBS and was working at a restaurant, which she’d done for 20 years. “I could just tell I needed more. And I thought it would be more school with whatever that eventually led to,” Jerde says. “I felt stuck between the two things, like what lies between waiting tables and going to school? I was a little overwhelmed because I didn’t know if that meant I had to start all over again. I just knew I wanted something more.”

Then, Jerde received a call from the RTBS volunteer coordinator asking if she might be interested in a part-time temporary summer position. In keeping with her newfound practice of being present in the moment, Jerde decided to at least be open to hearing more about it and went ahead and interviewed for the position even though she didn’t necessarily think it would be for her. During the interview, she quickly realized it was not a temporary part-time position, it was a full-time office manager position. And that was the start of Jerde’s something more.

“Yes, I put in a ton of work, but getting sober is what made all of this possible,” Jerde says. She just celebrated 10 years of sober recovery. “I didn’t do that on my own. I put in a lot of work but I had to accept help and I had to surrender to find myself here today as executive director of the organization where I did my court-ordered community service.”

Jerde’s hope is that Pedestrian Perks causes people to look at the world a little differently—just as it has done for her. “Having a way to make a connection with my community both through the work that I do and the art that I produce is such an amazing gift,” she says.